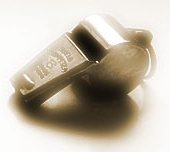 Yesterday HSUS ran a new print advertisement in at least seven newspapers. Over a photo of a forlorn-looking chimpanzee, HSUS's ad makes a plea for whistleblowers from animal research laboratories to come crawling out of the woodwork:

It's okay to tell someone … because she can't

[Name of lab] in [location] conducts experiments using chimpanzees and other animals. If you have witnessed poor animal treatment there, please call XXX-XXX-XXXX to report it confidentially.

Don't delay. They can't speak for themselves.

Two can play at this game.

We just inked a deal to promote HumaneWatch with advertisements in two dozen public bus shelters around the Washington, DC area. A few of these locations are right around the corner from HSUS headquarters.

We think we've come up with the ad we should run. And—whaddya know?—it's perfectly sized for printing and sharing with a friend. Here's a side-by-side comparison: 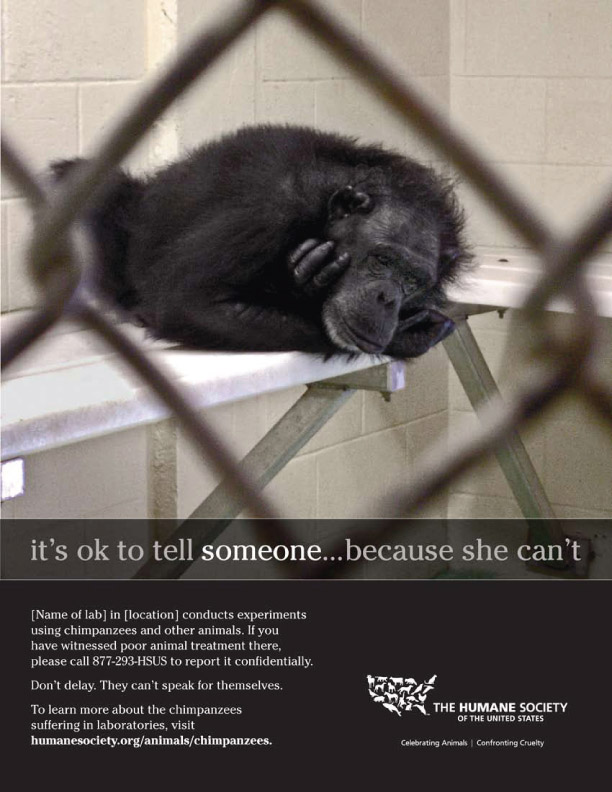 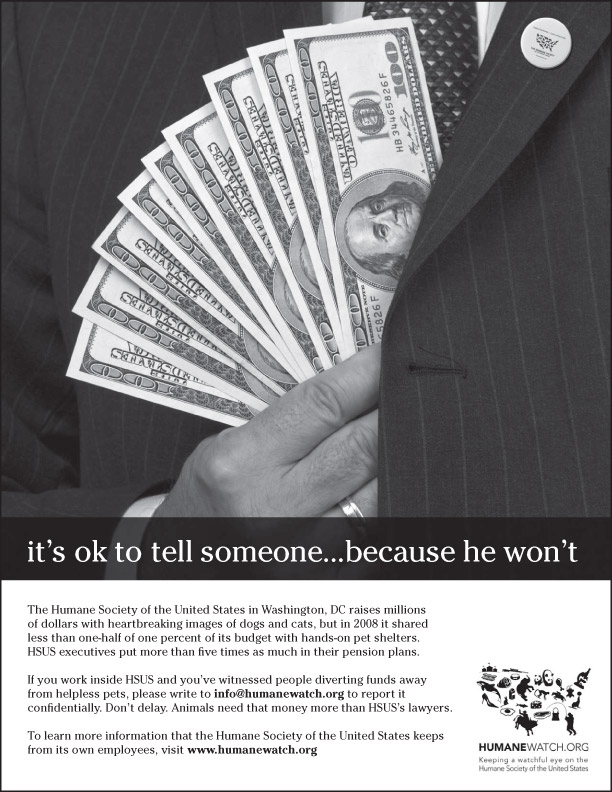 Here's the text of our spoof (UPDATE: click here for a JPEG):

The Humane Society of the United States in Washington, DC raises millions of dollars with heartbreaking images of dogs and cats, but in 2008 it shared less than one-half of one percent of its budget with hands-on pet shelters. HSUS executives put more than five times as much in their pension plans.

If you work inside HSUS and you’ve witnessed people diverting funds away from helpless pets, please write to [email protected] to report it confidentially. Don’t delay. Animals need that money more than HSUS’s lawyers.

To learn more information that the Humane Society of the United States keeps from its own employees, visit www.humanewatch.org

We're not going to get into the whole debate about the merits of biomedical research using animals. Not today anyway. But we should be clear about one thing, lest you get the wrong idea: No one with a brain is in favor of animal abuse. But that doesn't mean scientists should be prohibited from using laboratory animals when it makes sense to do so. We think that's HSUS's real agenda here.

And if you think it's silly for people to report embezzlement to a blogger, you're right. That's what police detectives are for. Just like no one should report the mistreatment of lab animals to HSUS. (They should contact the U.S. Department of Agriculture.)