You are Now Entering a Meat-Free Zone ... - HumaneWatch 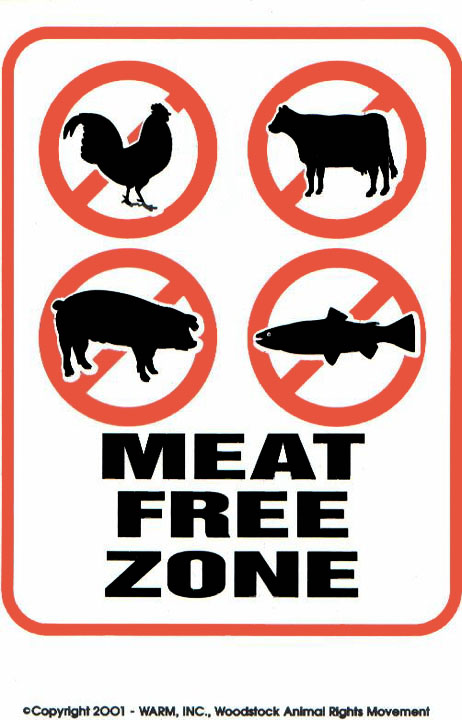 And now, a few words about being vegan.

Surprise! We don't care if you're "veg." We don't feel the least bit threatened by raw-food vegans who only eat plants harvested in the Southern Hemisphere on alternate Tuesdays. Doesn't bother us a bit.

But we are annoyed to no end by the Humane Society of the United States's habit of denying that it's principally interested in moving Americans toward veganism. We wish Paul Shapiro, Josh Balk, and other HSUS spokespersons would come clean about that. 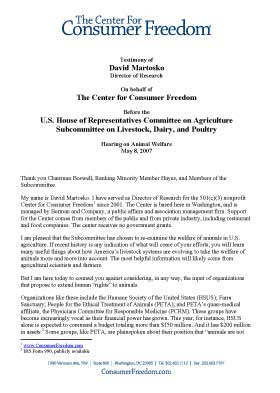 A few years ago, our research director was asked by some Congressmen to testify before a House Agriculture subcommittee about the federal Farm Bill. And Wayne Pacelle was on the panel with him. (They sat, literally, at opposite ends of the table.)

Here's a little bit of what he said:

Personally, I will believe that HSUS and Farm Sanctuary are in favor of “humane” meat production on the day that their leaders join me in eating it.

I invite Gene Baur, Wayne Pacelle, and Paul Shapiro, for instance, to e-mail me and let me know what they think the most humanely raised veal on the planet is. Dinner is on me. All they have to do is eat it—in front of a few dozen
cameras.

I’m confident that I won’t have to buy that meal, because those gentlemen don’t believe such a thing as “humane” meat production can ever exist.

Put another way, imagine that Congress required U.S. farmers to supply every pig, chicken, duck, and cow in all the land with private rooms, daily rubdowns, video iPods, and organic meals catered by Wolfgang Puck himself. What would happen? Would PETA cheerfully pack up its Hollywood rolodex? Would this satisfy Farm Sanctuary or HSUS?

No. They would continue to argue that farm animals have inherent “rights”—and chief among them is the right to not be eaten. Besides, declaring your own obsolescence has a way of drying up donations.

Now, we know what you're thinking: Pacelle and Shapiro are vegans, and it would be wrong to ask them to abandon their beliefs and tuck into a plate of Wiener Schnitzel just to satisfy us. You're right, of course.

But we still think Wayne Pacelle could make a lot of people more comfortable if he would at least endorse a handful of real meat and dairy products. He doesn't have to eat them. Just agree that there is such a thing as humanely produced animal protein.

After all, if HSUS's goal is really just to "eliminate the worst abuses" of livestock farmers (as Wayne is fond of saying), there's got to be someone who's already doing things right.

So why is it that we never see recipes on the HSUS website that are anything but vegan? Yesterday, HSUS put out some recommendations for Lent. All vegan. Same with their favorite holiday sweets. Even the chocolate cake has no milk and no eggs.

Not even the "cage-free" eggs that HSUS lobbies for. Apparently, if the whole country went "cage-free," HSUS would just count it as one in a long series of First Downs.

Again, if you want to be a vegan and put quote marks around your "chick'n" and "eggs," that's fine with me. What bugs us is the duplicity. If HSUS wants everyone to be vegan, they should come out and say so—in every TV ad and every web page.