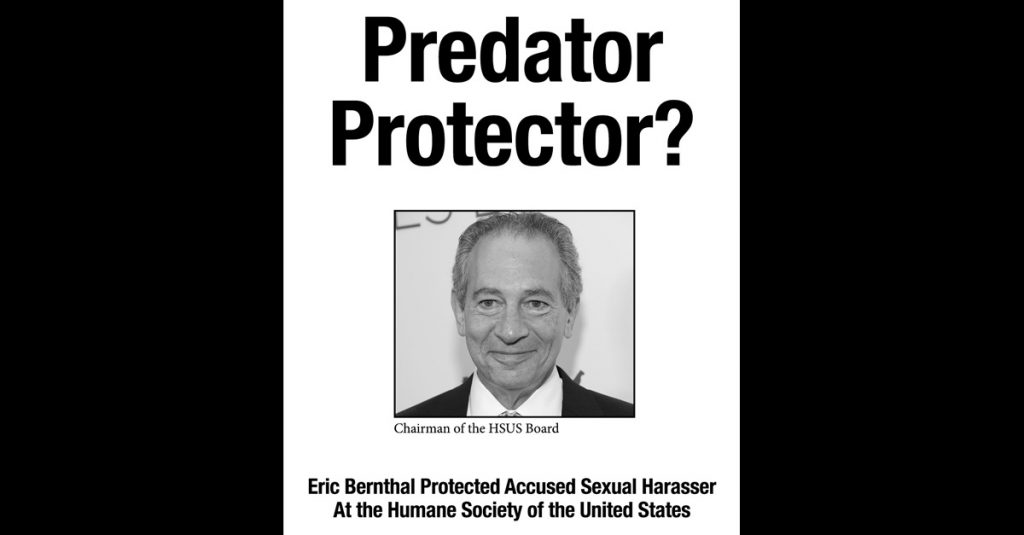 Another HSUS executive, Paul Shapiro, quietly left the organization in January, while the investigation into Pacelle was ongoing. Politico reported that several women had levied claims against him in 2016, but that ultimately he was moved laterally within the organization and allowed to remain a vice president.

For years, Pacelle and his enablers on the board apparently allowed a culture of sexual harassment to flourish. When the board had an opportunity to do the right thing and begin the process of exorcising its demons, it instead chose to stand by the powerful man who reportedly terrorized his junior female staffers. One board member went so far as to defend Pacelle by saying, “Which red-blooded male hasn’t sexually harassed somebody?”

We’ve been talking for years about how HSUS has been raising money off the hard work of similarly named pet shelters. Today, we’re also imploring former and current donors to HSUS to give to their local shelters to help the animals who need it the most.

How can donors possibly trust that the organization will protect animals when it can’t even protect its own staff?