Putting on an Act in the 'Show Me' State - HumaneWatch 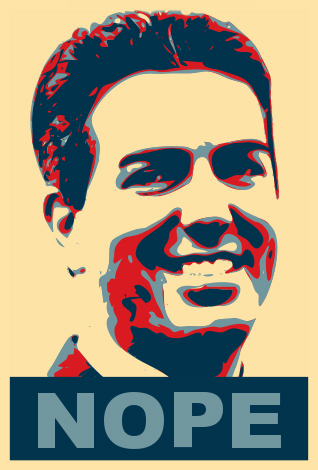 As Election Day draws near, we're hearing a tremendous amount of emotional chatter (both here and on Facebook) about Missouri's "Proposition B" initiative, a ballot question financed almost single-handedly by the Humane Society of the United States and heavily promoted by HSUS CEO Wayne Pacelle.

Farmers in the Show-Me State are paying attention, connecting the dots to HSUS’s larger goals. And this year's controversial political darlings in the “Tea Party” movement are also making noise.

The question of whether or not to crack down on "puppy mills" is a self-answering one. As with "factory farms," the term itself is designed to be pejorative. But while Prop B has generated a lot of debating "heat," not much light has emerged. And that's because most people (on both sides) are getting emotional instead of using their heads.

Emotional ballot campaigns like the one HSUS is waging seem designed to discourage people from actually reading what they're voting on. And it's unreasonable to expect the average voter to place a ballot initiative in a meaningful context (historical or otherwise).

But that's what is needed most, especially because Prop B isn't really very different from the animal welfare laws and breeding regulations that are already on the books in Missouri.

The Missouri Veterinary Medical Association (MVMA) has posted a helpful document comparing, section by section, the text of Prop B with current Missouri laws and regulations. It’s one of several versions of this exercise that we’ve seen, which indicates at least that there's someone with his or her eye on the ball. (The Columbia Missourian actually printed, in article form, a line-by-line comparison last week too.)

One section of the MVMA's document caught our eye in particular. "Prop B" would require dog breeders to provide:

There are really only three major differences between current law and Prop B. The first one is the above-mentioned requirement for “adequate rest between breeding cycles.” (Who defines "adequate," anyway?) Number two is making sure dogs can stretch (as opposed to being able to turn and lie down).

These could easily be implemented by a simple bill (or a much shorter ballot initiative). Instead, HSUS is using things like food-and-water requirements as its main talking points to play hide-the-ball with the real meat of its proposal.

We're just talking about giving them vet care once a year, giving them a little bit more space, giving them clean water, good food. These are the basics. Any responsible pet owner would think that these are the most elemental obligations of keeping animals.

Absolutely, Wayne. Everyone agrees. That's why it's been state law since 1992.

But what many Missourians might not agree with is the third difference between Prop B and the Missouri "Animal Care Facilities Act." The way we read it, the biggest "new" ground HSUS is trying to cover is the portion of Prop B that says breeders can't own more than 50 dogs. (To be precise, that's dogs over 6 months of age that aren't spayed or neutered.)

The bottom line is that HSUS is trying to establish the precedent of setting limits on the number of animals a businessman or woman can own. That shouldn’t comfort Missouri farmers and ranchers who are in the business of producing egg, beef, pork, cheese, milk, or chicken.

Meanwhile, the animal rights group is building up its name recognition and political credibility with a mostly redundant ballot initiative. (In at least one case, the new law would be weaker than the existing one.)

This is all a pretty neat trick, like lobbying for a bill that would ban child molestation if the victim is a redhead.

“There ought to be a law!” Oops. There already is.

If this sort of idiocy had more proponents, we might see New York City passing the “Taxi Fare-Jumping Prevention Act” to stop tourists from bailing out on their cabs without paying. Maybe Washington, DC could enact an “Anti-Lock-Picking Referendum” to stop home-invasion robberies. Floridians could vote on a “Magic Kingdom Mascot Protection Act”—you know, to stop Disney visitors from kicking Mickey in the Jimmies.

You get the picture.

Ironically, we noticed this on the Prob B campaign website:

There are over 200 rescue organizations in Missouri ready and willing to take surrendered breeding dogs and find them loving homes.

That's good to know. But just don’t expect HSUS to fund those shelters. It has future ballot initiatives to save up for.