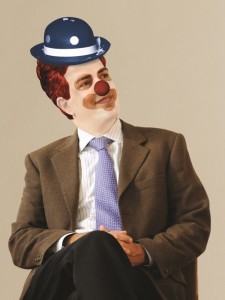 It’s been a rough end to the year for the Humane Society of the United States. We broke the news a few weeks back that HSUS laid off dozens of staffers in October and closed a wildlife center and, apparently, a horse rescue.

We can tell how damaging the news is because it seems HSUS is pitching journalists to write about how everything’s actually just dandy. Look no further than the Chronicle of Philanthropy publishing a groveling article this month written by freelancer Marc Gunther—a hack writer who has written fawningly of HSUS before. It takes HSUS dishonesty to a whole new level.

The piece essentially reads like it was written by HSUS’s PR department. HSUS’s decline in revenue, apparently $20 million or more, is whizzed by. The layoffs? A mere bump in the road. Never mind that HSUS says it can’t afford to run a $700,000 a year wildlife center. That signifies a financial crisis.

But the most laughable part of the piece was when HSUS CEO Wayne Pacelle claimed that HSUS’s 2014 settlement of a fraud, bribery and racketeering lawsuit “set up a huge programmatic victory for us.”

A nearly $11 million settlement, negative news stories, and now years of litigation as HSUS tries to get its insurer to cover the full settlement—Pacelle considers that a win? That’s like arguing the Cleveland Browns are at the top of the class of this year’s NFL.

We shouldn’t be surprised—Pacelle himself made false statements before Congress last year. He’s certainly shown a willingness to bend the truth, whether it’s being a demagogue on the issues or raising money by deceiving millions of Americans who think donations to HSUS will primarily help pets.

Historically, HSUS has gotten a number of “D” and “C” grades from CharityWatch for wasting donor money. If anyone ever graded groups on trustworthiness, HSUS would get an “F.”