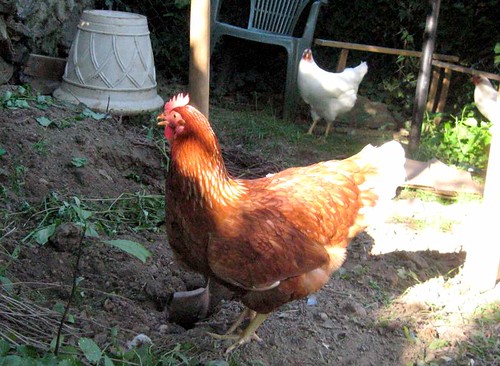 Imagine this scene on a farm: Feathers litter the ground amidst streaks of blood. A few mangled bodies of hens lay on the ground as fresh evidence of the calamity.

If this was an HSUS video (doesn’t it sound like one?), you’d receive a lecture about how this shows the “real truth” behind “factory farming.” But this actually was the scene that an associate of ours saw—in his own yard.

Raising backyard farm animals—especially chickens—has been a growing trend—so much so that a number of localities are looking at easing regulations on keeping hens. There’s nothing wrong with the idea of having your own farm animals, of course, but there are plenty of practical considerations. It’s harder than some people think. (In our friend’s case, a local fox got to the hens.)

We came across an interesting article on the Mother Nature Network the other day: “Failed backyard farms lead to growing number of homeless animals,” the website claims. The growing number of do-it-yourself urban and suburban farmers has unsurprisingly led to an increase in the number of animal surrenders for a variety of reasons—one being that chicks are sometimes not sexed properly, so some people wind up with roosters when these male birds are in fact banned under local law. The animals then wind up at sanctuaries, which are basically at a breaking point.

To a degree, these problems are representative of the fact that most people don’t know about farming and don’t understand farm animals. Only about 1 percent of Americans today are farmers, compared to 39 percent back in 1900.

Communications professor Wes Jamison recently noted that most people view farm animals as they would pets. That’s obviously a good thing for HSUS to [ab]use in its PR messaging, but bad for the realities faced by farmers (and farm animals).

Our friend with the well-fed fox learned a lesson about predators. In the larger picture, it’s worth remembering that farms evolved to where they are for a reason, even as the number of farmers decreased.

Moving animals indoors, for example, is a way to escape natural elements (like bad weather), predators, and disease vectors. It does come at a cost—the animals have less space to move around. But there’s a tradeoff in any system.

Hopefully the growth in hands-on experience with farm animals will disabuse people of the rainbows-and-unicorns view of the farm promoted by agenda-driven activists (or Chipotle). Modern farmers strive to keep the fox out of the henhouse—and unwitting consumers shouldn’t open the door.