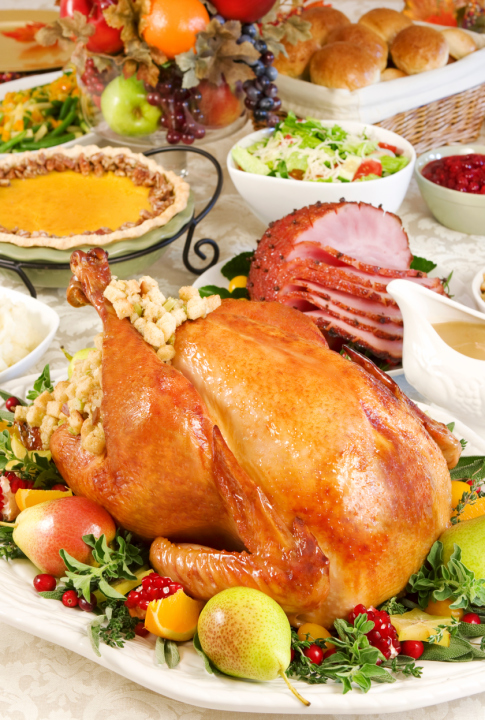 Thanksgiving is truly a special time of the year. Family and friends get together to celebrate a delicious feast, football games, and holiday cheer. But this turkey-focused holiday drives some vegan animal rights activists over the edge.

This time of year, we’ve seen PETA try to place TV spots attacking the idea of eating turkey; the ad was banned because it didn’t meet network standards. Just this past weekend another group of animal rights activists along with Direct Action Everywhere (professional protestors) showed their distaste for the holiday by going to local grocery stores pulling out several frozen turkeys and staging a funeral in the store.

And the Humane Society of the United States, like PETA, hates the idea of a main course of turkey.

Take Bernard Unti, special assistant to HSUS President & CEO Wayne Pacelle. According to Unti, he has been a strict vegetarian ever since an early age.

So it’s no surprise then that he doesn’t have a hankering for Thanksgiving turkey. “We can also move toward a more beautiful and nonviolent celebration of Thanksgiving by choosing a meatless meal,” preached Unti in a long letter to the Chestnut Hill Local. “If anyone wishes to give thanks, let him or her give thanks they’re not a turkey or Ethiopian,” he concluded. (In another tirade published by the paper, he wrote: “animal agriculture is the single greatest threat to our natural environment.”)

This Thanksgiving, give thanks and be tolerant of everyone around the table—no matter their dietary choices. Let’s hope the animal rights activists will do the same… And keep on the lookout for spontaneous Turkey funerals as you maneuver your way through the holiday rush.