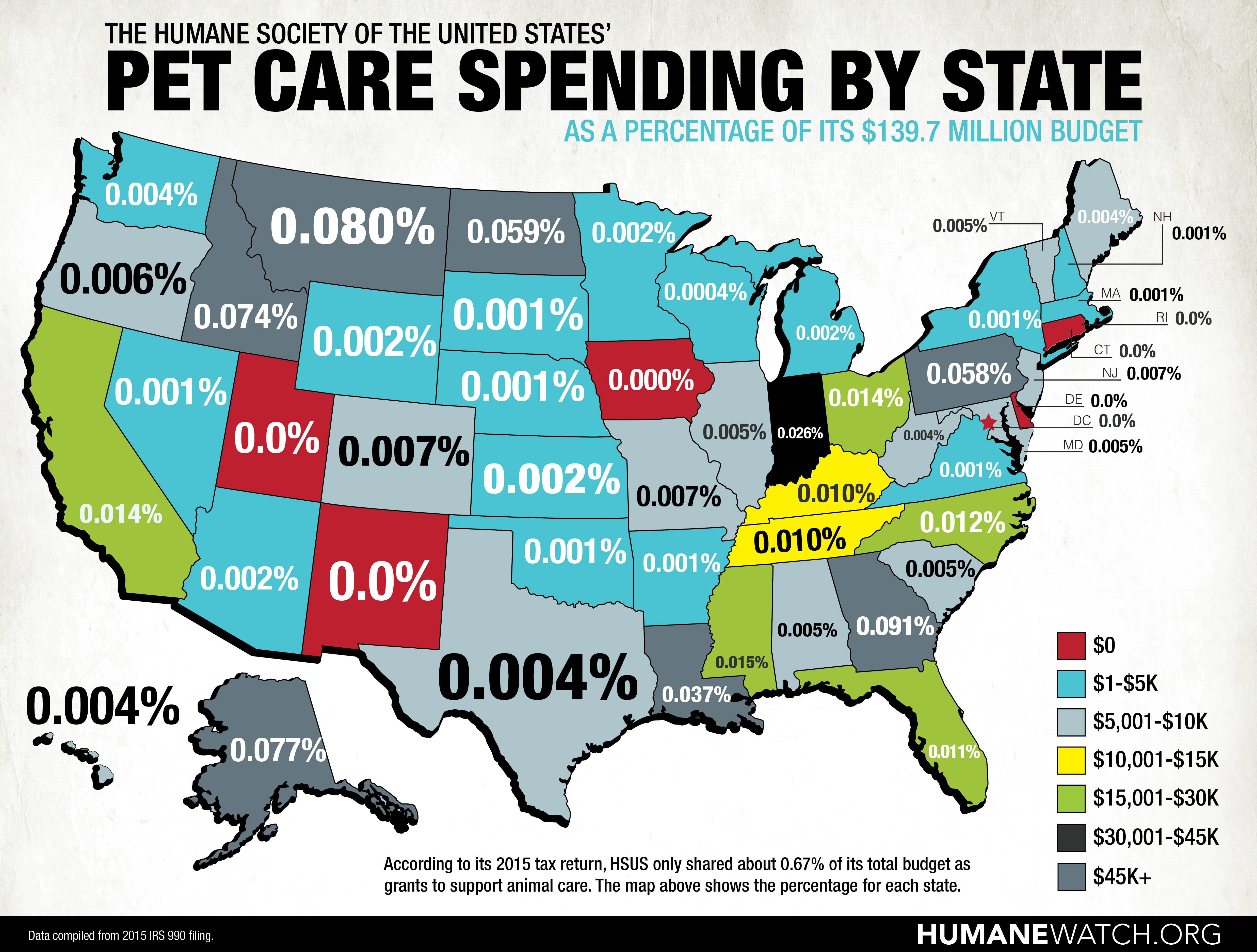 When it comes to the Humane Society of the United States (HSUS), we have never had high hopes that it would live up to its heart-wrenching advertisements and actually help shelter animals. Historically, HSUS would rather spend money on lawyers and lobbyists. But after analyzing its financials from the most recent IRS Form 990 tax return, even we were stunned at the paltry 0.68% of the total budget that was spent on grants for pet care in 2015.

As “charities” go, HSUS is a bad investment. With so much money spent on superfluous legal and lobbying staff and fees, it’s no wonder that the organization’s impact on helping shelter pets is so limited. If you want to help pets, then please donate to a local shelter where your dollars will go the furthest, and spread the word about the deceitful advertising by HSUS.