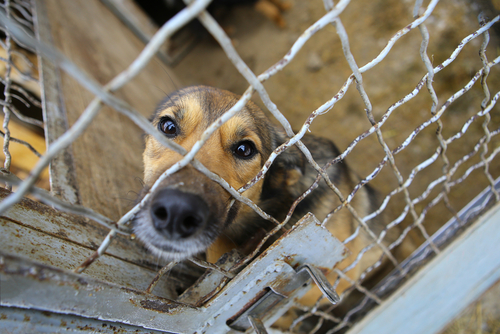 Last year we alerted readers to National Mill Dog Rescue, a Colorado-based organization, which claims to “save” dogs from breeders and adopts out dogs for a fee. At the time, we reported on a Washington Post story about “retail-rescues”–a  process in which rescues buy and sell dogs for profit. Now, as authorities are scrutinizing NMDR, the group is bizarrely drawing praise from the Humane Society of the United States.

Towards the beginning of the year, two Colorado state agencies opened an investigation after a former marketing director for NMDR blew the whistle on the organization.

The investigations, which resulted in a year of probation and a $15,000 fine, found NMDR had committed 15 separate violations. The violations included interstate dog trafficking, which occurs when animals are brought across state lines without certified veterinary inspections. CVI’s help stop the spread of diseases that could endanger humans and animals alike by ensuring proper vaccinations and tests have been performed. In addition, there were multiple instances of the organization failing to provide medical records for animals in the organization’s care.

The misconduct accusations facing Theresa Strader, NMDR’s founder, are by far the most egregious issue. In late June the Colorado State Board of Veterinary Medicine sent the NMDR founder a cease-and-desist order. The State Board had “credible evidence” that Strader was playing veterinarian by interpreting test results, using a veterinarian’s signature stamp without approval, and giving animals medical exams and vaccinations.

NMDR face other issues regarding its finances. The organization has been accused of frivolous spending, often choosing more upscale hotels and restaurants when traveling for business. In addition, there was a $57,000 loan made in 2013 by NMDR to Strader that still has $32,000 outstanding. The organization also planned a gala at a destination resort.

In response to the conundrum, Strader tried to downplay the situation, claiming the complaint was “riddled with lies, bias and inaccuracies.” But according to the official who was in charge of the investigation, pretty much everything in the whistleblower complaint was true.

That’s not all. NMDR apparently has dealings with the same kind of breeders it loves to bash.

NMDR regularly chastises pet shops and breeders, only to turn around and buy dogs from the same groups. In NMDR’s case, the relationship has been so fruitful for breeders, one breeder called NMDR’s founder, Theresa Strader, a “Godsend.”

Of the suppliers that NMDR relies on, three are on Humane Society of the United States’ “Horrible Hundred” list of alleged “puppy mills.” 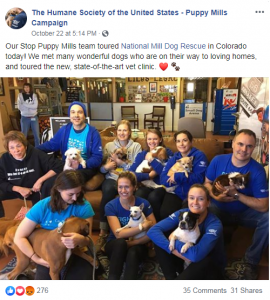 This is despite the fact NMDR has received funding from HSUS as recently as last year, according to tax documents. HSUS’s social media just recently posted a picture of HSUS employees hanging out at NMDR.

Why would HSUS be promoting NMDR in the middle of all this? Our best guess is that it has something to do with needing allies to push a rumored bill to ban pet stores from selling pets.