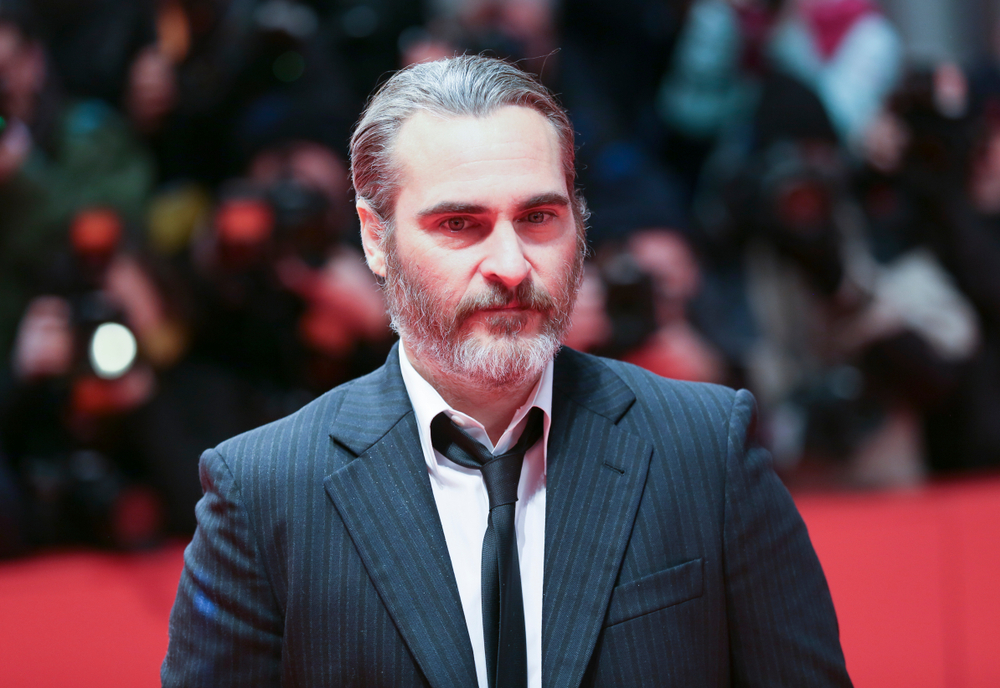 Joaquin Phoenix, the weird actor known for his role in Joker, announced that he may produce a film adaptation of Free The Animals, a book lauding the terroristic efforts of the Animal Liberation Front.

Phoenix has a long history of animal liberation activism, including multiple public outbursts where he has urged people to adopt his vegan beliefs. Phoenix was executive producer of the 2019 schlock-umentary The Animal People, a revisionist film that attempted to put a good face to SHAC activists who went to federal prison.

In his announcement about Free the Animals, Phoenix praised the Animal Liberation Front and watered down its fire-bombing terrorist efforts as “wielding crowbars and bolt-cutters.”

“Yes, Free the Animals is about the balaclava-wearing heroes who break windows and laws to save animals, but it’s also about everyone. It’s a call to us all to take action. Whether it’s wielding crowbars and bolt-cutters or picking up a pen or a protest sign, every one of us can and must fight injustice and push for animal liberation every chance we get,” Phoenix wrote.

To be clear, the Animal Liberation Front has been classified as a domestic terrorist organization by the FBI. On several occasions, activists with ALF have used vandalism, assault, and arson against individuals and businesses tied to animal products or animal testing.

In 2006, for example, Donald Currie of ALF admitted to two firebombings, including placing a bomb beneath the car of a laboratory employee and bombing the home of another employee while his wife and daughter were in the home. Rodney Coronado, another infamous ALF activist, was convicted of the 1992 arson of a Michigan State University research laboratory and openly confessed to six other arsons. He also pleaded guilty to instructing others on how to firebomb apartment buildings in 2007.

Free the Animals, the book upon which Phoenix’s film is based, paints ALF’s terrorism as justified activism. Ingrid Newkirk, the founder and president of PETA, wrote the book – and that’s not where PETA’s ties to ALF end.

According to Coronado’s sentencing memo, PETA served as a “media conduit” for ALF following the arson of the Michigan State University laboratory.

“Unlike the other attacks, however, the press release publicizing the MSU attack was released by People for the Ethical Treatment of Animals, the largest animal rights organization in the United States. […] According to the ALF/PETA press release, the primary target of the ALF’s attack at MSU was Dr. Richard Aulerich, whose office research and library were completely destroyed in the blaze,” the memorandum stated.

Moreover, PETA doled out $45,200 worth of donor’s dollars to Coronado’s defense fund, in addition to donations to Earth Liberation Front, the associated environmental domestic terrorist group.

Additionally, Alex Pacheco, a national chairman of PETA, was identified as a spokesman for ALF during a 1986 interview, showing more overlap between the two organizations.

(Pacheco went on to sell “cookies” that he claimed could neuter a pet without surgery. He reportedly raked in more than $1.3 million for the product, but the product never worked and was largely blasted for being based on “no science” and containing plastic.)

Today, PETA has tried to distance itself from ALF, but still compares ALF to the Underground Railroad, adding, “PETA is a legal activist organization, but we realize that other groups have different methods and we try not to condemn any efforts in behalf of animals in which no one is harmed. ‘The ALF,’ which is simply the name adopted by people acting illegally in behalf of animal rights, breaks inanimate objects such as stereotaxic devices and decapitators in order to save lives.”

That’s certainly one way to interpret firebombing a home with a child inside.

Just remember: To many of these people, the end justifies the means.