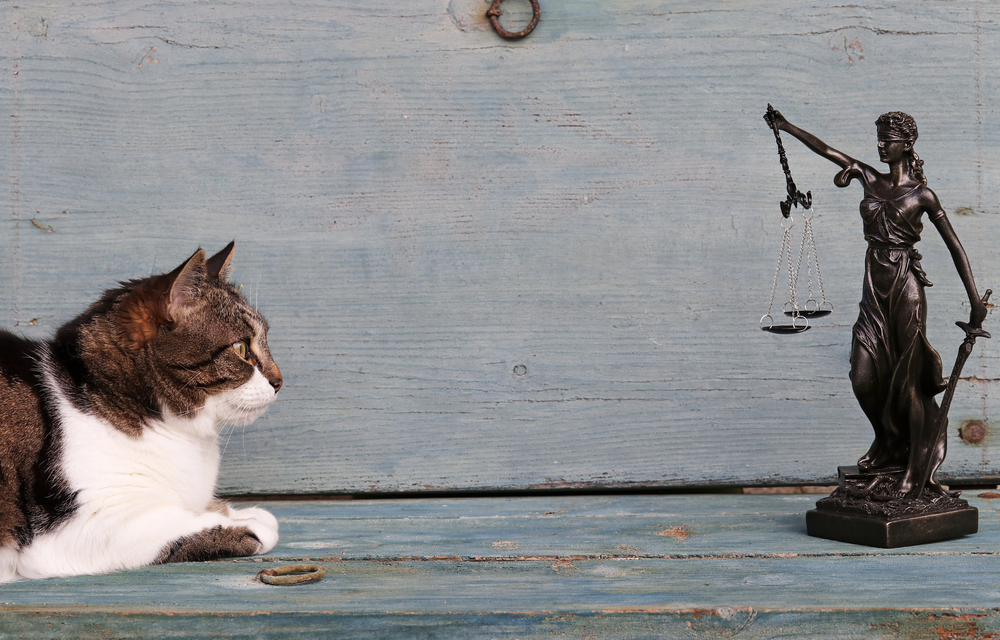 Animal liberation activists want to establish legal rights for animals as a way of preventing humans from eating meat, having animals in zoos and aquariums, or even owning pets. These are the kind of people who draw comparisons between owning animals and slavery.

The group leading the charge for legal rights for animals is the Nonhuman Rights Project (NhRP). NhRP has been suing–and losing–in United States courts, and is apparently so desperate for good news that it now touts a court ruling that undermines much of their agenda.

We’ve previously written about how NhRP celebrated a court ruling in Pakistan–a country whose barbaric legal system makes being gay punishable by death.

Now, NhRP has put out a long press release touting a ruling from a constitutional court in Ecuador that it claims supports animal rights–with laughable results.

The case is about a librarian who some years ago took in a young wild monkey, which is endangered under Ecuadorian law. The monkey was seized by authorities on a tip and moved to a zoo, where it died a few weeks later. Its former owner sued for a declaration that the monkey’s right to life had been violated.

While the ruling does offer some ammunition to animal liberationists, it’s a case of winning a skirmish and losing the war.

[T]he Court did broadly state that “wild species and their individuals have the right not to be hunted, fished, captured, collected, extracted, kept, retained, trafficked, traded or exchanged.”  (¶ 112).  However, while this pronouncement was framed in terms of “rights,” this is not materially different from the legal protections that already exist in many countries for endangered species.   The U.S. Endangered Species Act, for example, prohibits “taking” an endangered species and would encompass all of the items that the Court recognized as “rights” for free-ranging endangered species.

Moreover, the court went on to rule that humans have the right to eat animals:

“[W]hen a predator kills its prey in compliance with the trophic chain, the right to life of an animal is not illegitimately violated. The latter is of great concern, particularly with regard to the relationship of human beings with other animals, insofar as human beings are predators, and being omnivorous by nature, their right to feed on other animals cannot be forbidden.  In addition to being a biological condition of human beings, driven by the intrinsic principal of survival, food is a right established in the Constitution and in international human rights instruments.” (¶¶ 102-03).

The Court also recognized the legitimacy of other human uses of animals:

“Similarly, the domestication of animals has served to enable humans to respond to threats to their physical integrity and the security of their possessions; to control pests that can endanger livestock, crops and human health; to provide transportation, help in work, for clothing and footwear; and even for recreation and leisure.” (¶ 109).

This debate is about much more than semantics. Animal liberation activists want animals to be declared legally “persons.” That would allow groups like PETA to file lawsuits with animal plaintiffs. Suddenly every cat, dog, chicken, and cow in the country becomes a potential litigant, and groups like PETA can drown farmers, zoos, and others in legal bills.

It sounds preposterous, but activists are seeking legal personhood for animals today.

Our legal system currently protects animal welfare by recognizing that humans have an obligation to treat animals humanely. Humans who abuse animals can be (and are) held criminally liable. One can debate whether one law or another needs to be tweaked, but our legal system doesn’t need a revolution that establishes animals as legal persons.

Animal activists like to tell themselves they are on the right side of history. If they were, they wouldn’t have to stretch.