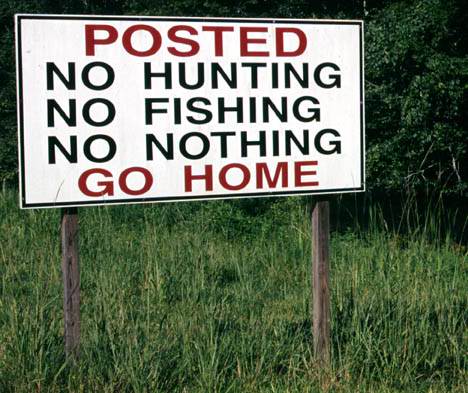 Deer were once over-hunted, but since the 1930s through various changes to land use and game policies and restocking the population has exploded. Now, near where we are located in the D.C. area, there has been an overpopulation issue with deer for years. The question is how to manage it.

That’s the question National Park Service has decided to address in Rock Creek Park in D.C., where the deer density is 3-5 times more than what the agency wants it to be (overpopulation can lead to biodiversity problems). The NPS has allowed controlled hunting as a way to limit the population. And that has riled up the Humane Society of the United States, which is pushing its own solution—at a price.

HSUS wants the National Park Service to administer a birth control vaccine called PZP by shooting the deer with a dart. Interestingly, PZP is developed using pig ovaries—an interesting conundrum for a group that is generally against medical research using animals and against raising pigs for food.

It’s an expensive program, expected to cost taxpayers $340,000 just for Rock Creek Park. HSUS has offered to pay half of the cost, but taxpayers would still be stuck with the other half. (Once again, the group with $37 million parked in hedge funds shows its stingy side.)

Which proposal is better? HSUS calls the hunting “wasteful,” but the group doesn’t provide much elaboration. The venison can be given to local homeless shelters, after all. And the National Park Service says that there’s no birth control vaccine that meets federal standards for use.

HSUS seems to have an ideological opposition to killing—or at least hunting—as a management tool. It runs “Humane Wildlife Services,” a program that goes around the D.C. using non-lethal trapping methods to deal with pest problems like raccoons in the attic. There’s nothing wrong with that, but ruling out options like hunting isn’t always practical. Consider the following example in a Wall Street Journal review of a book by Jim Sterba, a wildlife expert, which relates one story of how HSUS’s wildlife ideology has been counterproductive:

In 1996 the Humane Society of the United States launched a successful referendum campaign to ban the use of lethal traps to catch beavers in the state. Wildlife officials tried to point out that the ban would simply “turn what were valuable resources harvested for fur into pests to be eradicated at taxpayer expense.” They also called attention to the incorrect statements that trapping opponents had made in advertisements supporting the misleadingly named “Wildlife Protection Act.” In response, the Humane Society complained that the state wildlife division was violating the law by “lobbying.” State election officials ordered the agency not to issue any further statements.

The result has been exactly what the experts warned. Trappers were driven out of business, and beaver numbers soared. A few former trappers, however, have reinvented themselves as “professional wildlife damage controllers,” charging local governments $150 per beaver for removing “problem” animals. Instead of using the now-banned lethal traps that instantly dispatched a beaver, they have to employ cumbersome and supposedly “humane” live traps that hold the terrified animal for hours until it can be retrieved, bashed on the head and disposed of.

Sometimes the lines of “humane” and “inhumane” aren’t as black and white as the activists make them out to be—even if HSUS happens to have a revenue line based on it.