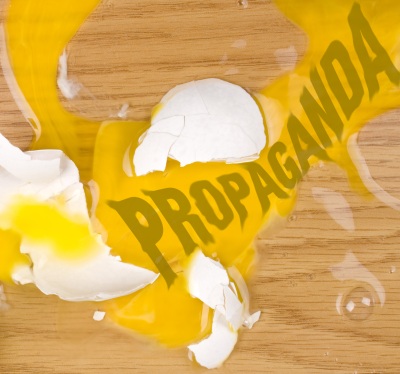 Following this month’s deal between the Humane Society of the United States and the egg industry’s main trade group, it would be easy to get complacent. After all, HSUS agreed to support a federal law mandating “enriched” (larger) hen cages by 2030. HSUS also halted its two state ballot initiatives in the Pacific Northwest that sought to ban cages (enriched or otherwise).

HSUS, however, did not cry uncle on the issue of hen cages. Although the deal seems to imply that enriched cages are okay enough for HSUS, the animal rights group says it will continue to push corporations to switch to cage-free eggs.

This begs the question: Would a cage-free America satisfy the animal rights activists at the Humane Society of the United States? It might surprise you to learn that it wouldn’t. At HSUS’s 2009 annual conference, “Outreach Director” Josh Balk said so:

Since HSUS’s self-purported mission is to confront cruelty, it stands to reason that even if every egg farmer went cage-free, HSUS would still gripe. So what is humane enough for the Humane Society of the United States? Is it even possible to meet this standard?

Let’s first consider that HSUS’s ballot initiatives in the Pacific Northwest would have mandated 216 square inches of space for every hen. The implication of this shift is massive.

Here’s some back-of-the-envelope math: Putting 2.5 million Oregon hens under cage-free systems would require about 65 football fields’ worth of turf for the birds. And the 7 million birds in Washington? 180 football fields.

Right now, the amount of space used for the birds is about one-third to 40 percent of what HSUS seeks under cage-free guidelines. Is such an increase in land use doable? Possibly. But land isn’t cheap, and new infrastructure is costly.

Remember, though, that 216 square inches of space isn’t “100% cruelty-free,” according to HSUS. So let’s consider the next step up: free-range. (HSUS largely focuses on how much room hens have, so it seems logical that “free-range” is next on HSUS’s list.)

We can’t find any free-range standards put forth by the USDA, so we’ll go with European Union standards. For egg-laying hens, the EU requires a minimum of 4 square meters of outdoor space per bird, plus 0.11 square meters of indoor space.

So let’s do the math: If there are 338 million laying hens in the United States—HSUS has a national vision, of course—putting them all in free-range systems would require at least 538 square miles of land, or nearly 350,000 acres. That’s a lot.

And that’s not all. Hens in free-range system also require more feed, due to the fact that they’re burning more energy by walking around outside. They also lay fewer eggs. (The industry calls this lower “feed conversion ratio.”) The amount of additional cropland required would be more than 520,000 acres, according to a Promar International study.

And it could be far more land-consuming. One Australian standard calls for a stocking density of 750 hens per hectare. That’s about one-third of what the EU (2500 hens/ha) standards call for.

Where’s all that land going to come from? We could tear up some forests, but we’re sure HSUS’s lawyers would tie that up in the courts by suing on behalf of the uprooted wildlife.

Inevitably, the costs would overwhelm farmers, and fewer animals would be raised for food. Which is fine by HSUS. And the price of eggs would skyrocket—already, some European consumers pay about $5.50 a dozen. Even $8 a dozen—or more—isn’t out of the question.

But would any of this be better for the birds? We’ve already analyzed how birds in cage-free housing have higher rates or disease and death than those in increasingly popular enriched cages (which are bigger than conventional cages and allow for some natural behaviors).

As for free-range systems, the welfare record appears even worse, on the whole. The birds have more space to forage, but that’s only one measure. According to the American Veterinary Medical Association’s review of the evidence, birds in free-range systems have a higher risk of predation and a lower level of egg production and cleanliness. They also have a higher exposure to disease vectors from wild birds. (Bird flu, anyone?) Researchers have also found that free-range birds aren’t any less stressed in an outdoor environment due to threats of predation, parasites, and extreme temperatures.

HSUS likes to reduce the animal-welfare argument to one part: movement. And that’s certainly an important part. But animal welfare scientists know that the issue is far more complex, on balance.

In the end, it doesn’t matter what system farmers use. Even the most humanely produced organic, free-range egg doesn’t have a place on HSUS’s menu. HSUS won’t settle for “95-percent humane” in its book. In the words of a former HSUS vice president, HSUS wants to “get rid of the industry” and “promot[e] veganism.”

Only when there are no eggs at all will HSUS consider the situation “100% humane.” And at each step along the way to get there, things stand to get worse for farmers, consumers, and the animals.