Did Wayne Pacelle Bail on His Own Twitter Chat? - HumaneWatch 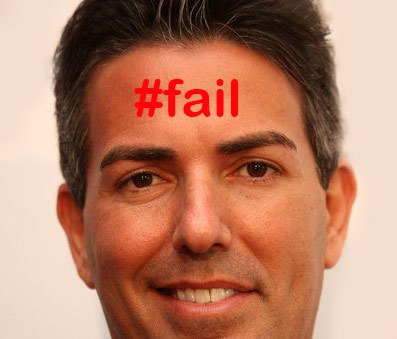 The Humane Society of the U.S. spent several days promoting a live Twitter chat that took place yesterday afternoon, supposedly with CEO Wayne Pacelle. We and a number of HumaneWatchers signed on to see if Wayne would answer a question of two—after all, we tried to get him on the radio a few months back, but he hung up rather than talk to us. And it seems like yesterday he decided not to show.

According to the description of the chat, participants could “send your questions for Wayne via twitter using the #humanechat hashtag, or via email on the webpage.” That certainly implies that Wayne would be there to answer live questions, but that didn’t seem to be the case. For starters, there were a handful of pre-screened questions with rather boilerplate answers. Granted, Twitter isn’t exactly a forum for Lincoln-Douglas debates, but you’d think HSUS could have tried harder.

HSUS did reply to a few live questions over Twitter—but the kicker is that HSUS referred to Wayne in the third person. If Wayne Pacelle was at the keyboard answering questions live, he’d have typed in first person.

That’s really too bad, because if Wayne was there (and we can’t say for sure that he wasn’t), he would have seen a flood of HumaneWatchers tweeting. By our estimate, about half of all tweets during the 30-minute “chat” with Wayne were from HumaneWatch supporters. That’s a great turnout, especially on short notice—we only put up an alert on Facebook half an hour before the chat started. HSUS members surely took note.

The event raises another issue: Will Wayne Pacelle ever answer the tough questions? Pacelle hung up the phone rather than debate us on the radio. At a speech at a Colorado university in January, questions for Wayne were reportedly prescreened or had to be written down on paper and passed through a moderator. Pacelle may look good on a soapbox, but he seems to turn into a scaredy-cat when he faces hardball queries.

All in all, the chat was an “#epicfail” for HSUS. Maybe Wayne will dazzle us all with his 140-character wordsmithing next time. But first, he has to show up.