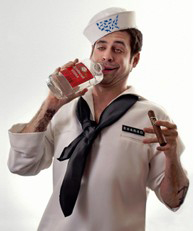 Just when you think HSUS's factory-fundraising operation can’t get any worse, it does.

You might remember that a few weeks ago we wrote about the 2008 Los Angeles Times analysis of HSUS’s California fundraising disclosures. We've also analyzed HSUS’s “Pennies for Charity” filings with the New York Attorney General. Read them both if you want a primer on how professional shakedown artists raise tens of millions of dollars in HSUS's name, while mere pennies on the dollar actually get to HSUS. (In some cases, HSUS actually loses money on the deals.)

A few of you have asked us if HSUS's record is as sketchy in other states, so we went hunting around

Here are some new numbers. And they’re not pretty. In fact, the overall numbers paint a picture of HSUS spending its donors' money like … well, like drunken sailors. And the net result is that millions of Americans believe they're supporting HSUS when in fact they're just lining the pockets of scam artists.

The other scam artists, we mean. The telemarketers.

And it appears to be set up intentionally that way.

According to the Connecticut Attorney General’s Office, HSUS 2006 fundraising with Share Group, Inc. (the same professional fundraising firm it employs in New York) netted just $113,686 to HSUS out of $1,562,814 raised—a return of 7.27 percent.

(It turns out that these are national figures, reported independently to various states. So Connecticut's numbers are the same as what we'd find anywhere else.)

And in 2008, HSUS’s fundraising efficiency was still near rock-bottom, according to its Massachusettss filings. That year HSUS collected a paltry $103,141 out of the $1,950,521 Share Group raised in its name. That’s a return of just 5.29 percent.

If you think HSUS has run into a string of bad luck, think again. HSUS is very clear that this is intentional.

Kentucky’s Attorney General requires charities to list the “Projected % [of Proceeds] to Charity.” Several of HSUS's ongoing fundraisers peg this number at 1 or 2 percent. In other words, HSUS is agreeing to hand 98 to 99 percent of the proceeds to the dialing-for-dollars company it's worked with for more than a decade.

Need more proof? Take a look at this contract HSUS filed with the Colorado Attorney General. It stipulates that 98 percent of gross revenue will go to the “paid solicitor” (in this case, a firm called Donor Services Group, LLC).

We tried to wrap our minds around the enormity of this flim-flam, so we ran all the recent numbers we could find—including reports filed by other members of the HSUS universe like the Humane Society Legislative Fund (HSLF) and the Fund for Animals (FFA, which merged with HSUS in 2005).

We're starting to understand how HSUS spent nearly one-quarter of its 2008 budget on fundraising expenses.

And for the record, we also think we understand the rationale for what HSUS is doing. But we don't agree with it: We believe HSUS is entering into these contracts that project only a 1- to 2-percent "return" because it's also taking possession of the mailing lists that come out of the fundraising activity. We're assuming that you only give money to Share Group, Inc. once. After that, you're part of HSUS's list, and they keep all the proceeds when you donate a second, third, or fourth time.

You also become part of HSUS's overall mailing list, which makes you one of the group's vaunted "11 million supporters and constituents." Even if you never donate again.