How Many HSUS Members Are There? - HumaneWatch 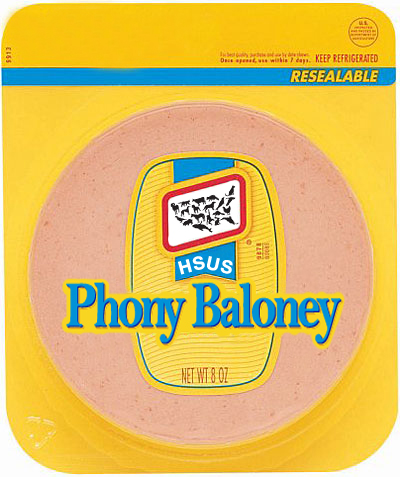 When we launched this project, we knew it would be a David-versus-Goliath battle.  With our modest budget we’ve been going toe-to-toe with a group that brings in over $100 million a year. We were also aware that HSUS claims to have millions of backers—12,101,729 “members and constituents,” according to its 2010 Annual Report. (Curiously, though, HSUS continued to publicly put the figure at 11 million throughout 2011 and even into 2012.)

We’ve long noted that HSUS’s actual membership appears to be far less than its self-claimed, nebulous “constituency”—HSUS states on its 2010 tax return that its All Animals magazine, included with a $25 membership, has a circulation of just 450,000.

So how much support does HSUS really have? It seems even HSUS can’t make up its mind.

We recently obtained dozens of samples of HSUS direct mail, and several seem to tell different stories about how many members HSUS has. Here’s how HSUS’s stated membership and membership goals have changed through the years:

Notice the huge disparity in just a 3-month period in 2010. Also noteworthy: HSUS’s campaign in 2004, the year Wayne Pacelle took over, sought to grow the organization to 2 million members. HSUS still had the same target six years later under Pacelle.

How does HSUS's membership stand today? In an issue of All Animals magazine from last summer—certainly an authoritative source—HSUS stated it had more than 1.1 million members. So it appears HSUS’s membership has actually shrunk since July 2010.

It would also mean that HSUS’s claims of an 11- or 12-million-strong “constituency” overstate HSUS’s actual membership ten-fold.

What’s likely happening is that anybody who’s taken a positive action towards HSUS is counted as a “constituent” and is subsequently deemed as a “backer” in press releases. This probably means anybody who has used HSUS’s “send your friend this page” or “send your legislator an email” function, even as a one-off gesture. Any Twitter followers, anyone who’s signed up for HSUS’s email (including us…), Facebook fans, and so forth.

Two can play that game. Our Facebook page has almost 400,000 fans, so we can start saying we’re “backed by almost half a million Americans” in our press releases. (The Center for Consumer Freedom, which runs HumaneWatch, is probably at more than 1,000,000 backers given its other popular projects such as PETAKillsAnimals.com.) Considering how HSUS’s budget dwarfs ours, compared to the size of HSUS’s “constituency,” we’d say we’re more than pulling our weight.