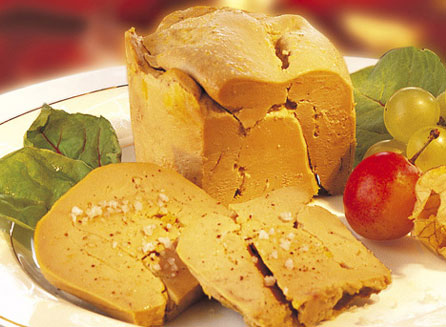 Foie gras (fattened duck liver) is one of those weird "foodie" foods, like caviar or truffles, that hardly anyone you know has probably tried. Which makes it the perfect "low-hanging fruit" sort of target for the animal rights movement. If most Americans think it's snobby, and few of us know what it tastes like, who's going to defend it?

Most of us here at HumaneWatch have never tried foie gras. But we find it rather offensive that someone else might get to decide if we'll ever have the opportunity. That's what HSUS is trying to do. We think there are only two commercial duck farms left in the U.S. that produce foie gras, largely because animal activists have turned it into the fur of the food world. Just try Googling "foie gras" and see what pops up on the first page of results. You'd think this was the final chapter of the Jeffrey Dahmer story.

This week the Humane Society of the United States is quacking about a federal court ruling from last week that gave them a small victory over the larger of those two duck farms, which operates in upstate New York.

To read Wayne Pacelle's self-serving spin, you'd think the Supreme Court itself had delivered a vegan-only edict for school lunches everywhere. But as you might suspect, there's tons of context that Pacelle is not telling you. So here, as the late Paul Harvey was fond of saying, is … the rest of the story.

Let's start with the fables about cruelty to animals in the production of foie gras. Chef extraordinaire Anthony Bourdain says it so much better than we can, and he does it in under 5 minutes:

We think the late Julia Child would probably have agreed too (as would Andrew Zimmern).

But back to the legal squabble. Wayne Pacelle is hoping you won't read the actual court order, because it doesn't bear much resemblance to his blogging about it. For starters, it doesn't mention HSUS's claims about "cruelty" to animals. This is an environmental lawsuit, not an animal "rights" court case. (We'll forgive Wayne for this, though. He only sings one note, but it's a loud one.)

Pacelle also writes that the judge "declared that [the duck farm] will be fined $25,000 per day per violation for further violations," making it sound like the farm is going to start paying civil penalties, and do it right away.

What the judge actually wrote is that "civil penalties are not appropriate in this case."

None of Wayne's 30 in-house lawyers managed to walk him through the actual text. They also ignored this (page 24), which spells out the only scenario in which that $25,000-per-day fine will be paid:

After the CWA Expert has met with HVFG for nine months, he will issue a final written certification report. If the report states that HVFG is in complete compliance with its recordkeeping and reporting obligations, this injunction will be dissolved without further recourse. If the report concludes that HVFG continues to violate its recordkeeping or reporting obligations, HVFG will be subject to a penalty of $25,000 per day per violation until corrected and approved by the Expert.

This is the equivalent of my homeowner's association sending me a nasty-gram and demanding that we paint our fence. If we refuse, they'll complain again, and then hold a hearing. If we don't show up, they'll send me a letter. And then they'll really get frustrated with me, so they might call us on the phone. And nine months later, if our paint is still flaking, we might have to pay a $100/month fine. Maybe.

There's also a whole different side of this story that Pacelle is hoping we've all forgotten about: That other lawsuit. Back in 2006 HSUS sued the state of New York in an attempt to prevent this same duck farm from receiving $420,000 in development grants. And the purpose of the grants was to help the farm improve its environmental practices.

In his excellent book A Rat Is a Pig Is a Dog Is a Boy, our good friend Wesley J. Smith describes this truly malicious use of the courts by HSUS:

The pollution case was not the first time HSUS had filed suit against Hudson Valley Foie Gras. In another case, the animal rights group claimed that the company was delivering tainted food to the marketplace. And just months before filing the pollution suit against the farm, HSUS had lost a suit that sought to prevent New York's Empire State Development Corporation from awarding the farm a $400,000 grant intended to help it upgrade and expand its water treatment facilities.

In other words, HSUS first tried to prevent Hudson Valley Foie Gras from receiving state money that would help it run a cleaner operation with regard to water pollution, and then turned right around and charged the company with polluting water. [pp. 64-65, emphasis added]

And have we mentioned that the ducks on this farm are free-range? How does that square with HSUS's rhetoric about cage-free this and free-range, organic that? We still haven't seen a textbook definition of "factory farm" that the entire animal rights movement industry can agree on, but we're sure it's not this.

The fervor with which HSUS has attacked this small business should concern anyone who still believes that the Humane Society of the United States is merely expressing a preference for one method of animal protein production over another. It's not. HSUS is angling to eliminate the agricultural cultivation of every animal it can. Period.