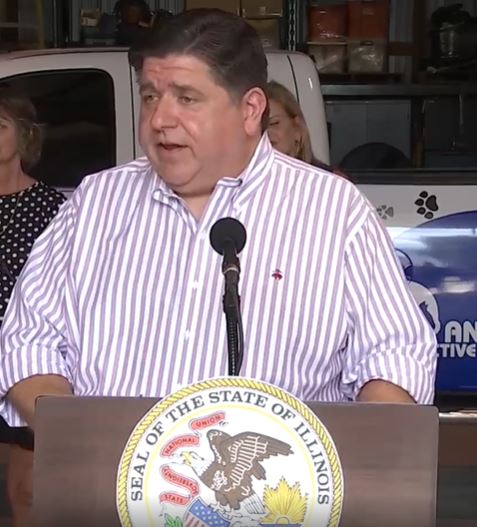 This month, Illinois Governor J.B. Pritzker promoted pet adoption with a lobbyist from the Humane Society of the United States. That’s like doing a fire safety promotion with an arsonist.

Certainly, pet adoption is a good thing. But the Humane Society of the United States is a hindrance when it comes to finding pets new homes.

Despite its name, HSUS is not affiliated with local humane societies and gives little support to them. HSUS does not run a single pet shelter anywhere, and typically only gives about 1% of the millions it raises to help local shelters care for pets.

Consider: The press conference took place at the Animal Protective League in Springfield, IL. The most recent tax records for HSUS show that it did not give a single penny to support the League.

In fact, HSUS does not give much money to Illinois at all, according to those tax documents. In 2020, HSUS made a measly 3 grants to Illinois organizations totaling just over $40,000 out of a budget of $135 million, or 0.03% of its budget.

Instead, HSUS spent tens of millions on fundraising and overhead. That’s why it earns a “D” grade from CharityWatch, a well-respected charity evaluator (coincidentally based in Chicago).

Shortchanging pet shelters in Illinois and across the country isn’t the only thing rotten at HSUS, which once paid over $10 million to settle a federal racketeering lawsuit.

HSUS is run by animal liberation extremists–its CEO used to work for PETA, a group that opposes pet ownership, zoos and aquariums (like the Shedd Aquarium), and eating meat, eggs, and dairy.

In fact, we recently uncovered evidence that HSUS lobbyists are getting undue influence with the Illinois Department of Agriculture–including a lobbyist who used to be a spokesperson for an animal rights terrorist group. This news should alarm every farmer in Illinois–and we’re making sure they know.

At the photo op in Springfield, one HSUS lobbyist noted that about 1 million cats and dogs are put down in shelters every year that are adoptable.

One of the major reasons shelters euthanize animals is lack of space. It’s an issue of lack of resources. And that problem is exacerbated by HSUS, which sucks up millions of dollars out of Illinois and other communities and away from those local shelters.

If the Governor wants to help more pets in Illinois, he would do well to promote support for local shelters–not give undue credibility to HSUS.