Is the Animal Liberation Front Involved in Rioting? - HumaneWatch 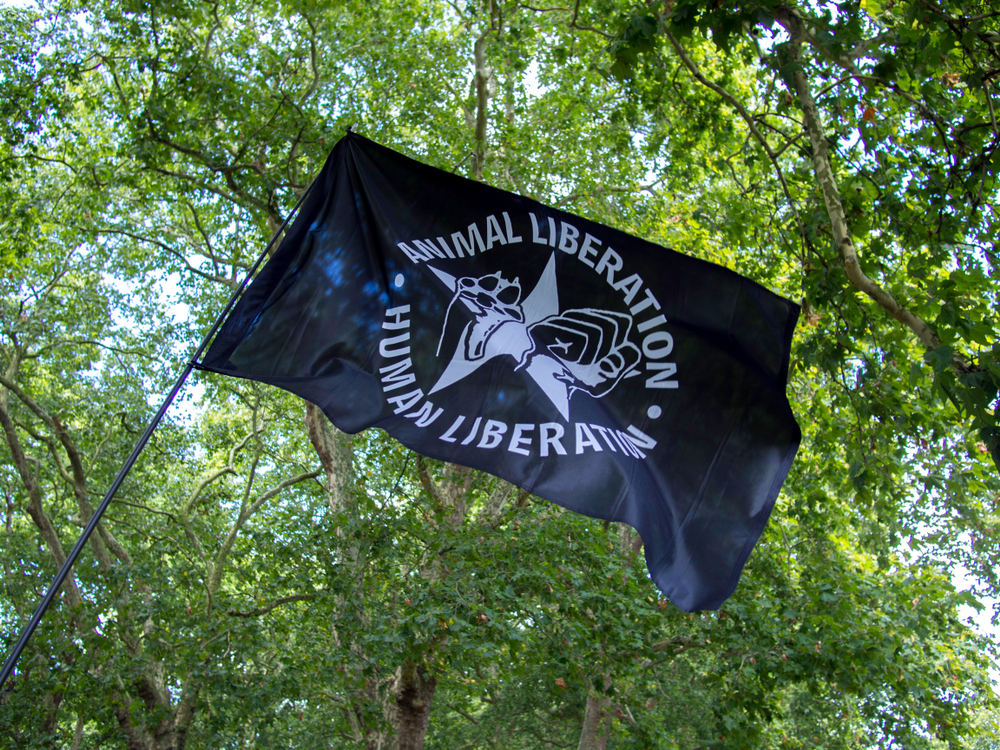 The peaceful demonstrations over the police killing of George Floyd all over the country for the past 10 days have occasionally been marred with property destruction and looting. Reports indicate that anarchists have taken advantage of the unrest to fuel these riots. And interestingly, one alleged instigator in Pittsburgh was photographed wearing a black Animal Liberation Front bandana.

The ALF and its sister group, the Earth Liberation Front, function similarly to Antifa. They may have organized local cells, but there is no national organization and no formal membership. They also use destruction and intimidation to push their agenda. The FBI calculated some years ago that the ALF/ELF were responsible for over 1,000 crimes and $100 million in damages.

The Animal Liberation Front hasn’t been seen as much in recent years as it has in the past, but the group fits right in with anarchists.

ALF has received support from some big names. Outspoken vegan actor Joaquin Phoenix has been snapped wearing an ALF shirt. Meanwhile, PETA president Ingrid Newkirk has said, “I will be the last person to condemn ALF.” PETA also gave $70,000 to the legal defense of ALF arsonist Rodney Coronado in the 90s. Coronado was convicted and served hard time in federal prison.

A few years ago, it seemed as though this anarchic, “direct action” wing of the animal liberation movement was dying off. But with the rise of Direct Action Everywhere in the past couple of years, a group willing to break laws to push animal liberation, and the weak response from law enforcement, the conditions are set for extremists to wage increasingly aggressive campaigns.

Peaceful protest is constitutionally protected. Rioting, looting, trespassing, and other crimes are not. Most people understand the distinction. But the lack of condemnation from more mainstream groups of the tactics utilized by ALF and Direct Action Everywhere make us wonder if they believe the “end justifies the means.”