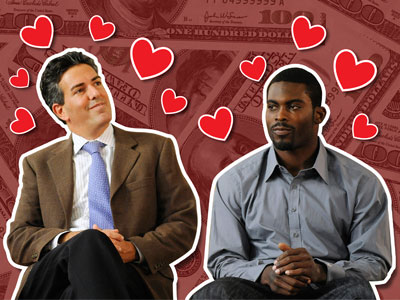 Watch a brief segment from the news coverage here, and then ask yourself a question: Has Michael Vick’s return to professional football as the Philadelphia Eagles’ quarterback made dogfighting “cool” in Philly?

The evidence suggests an unflattering picture for the Humane Society of the United States (not affiliated with “humane society” pet shelters) and its CEO Wayne Pacelle, whose effort to rehabilitate Michael Vick’s public image following his prison term has been controversial (to put it mildly).

After Vick’s release, he partnered with HSUS for a speaking tour to criticize dogfighting, which—in Pacelle’s defense—may have seemed like a good idea at the time.

But the consequences speak for themselves. Compared with 2008, Pennsylvania SPCA animal fighting investigations tripled in 2009, the year Vick signed with the Eagles. Most of these were dogfighting-related cases in Philadelphia.

Trotting Michael Vick out like a trained pony is a far cry from actually doing something for the hands-on groups (like the Pennsylvania SPCA) that have to deal with the fallout from Vick’s public re-branding.

Perhaps “Bonding” with a dogfighting kingpin wasn’t such a humane idea.

While we’re on the subject, HSUS has only made one grant to the Pennsylvania SPCA since 2002. (Its tax returns show a single payment for just $1,000 in 2006.) This from an organization whose budget is now over $121 million. (Alert readers will also remember that the Eagles paid HSUS a whopping $50,000.)

Statewide, HSUS has made only 15 grants to pet shelters during the past five years. On average, HSUS sends less than $7,000 per year to Pennsylvania pet shelters.

Meanwhile, Pacelle has been in full-fledged Vick promotion mode. He said in December that the animal abuser “would do a good job as a pet owner”—a move that enraged animal lovers everywhere. And in promoting his new book The Bond, Pacelle told NPR: “There is a utility for the animal protection cause in having [Vick] out there speaking.”

In The Bond Pacelle talks about his decision to put Vick front-and-center, right next to HSUS’s logo:

As I sat and listened to Vick, on both occasions, I was thinking, We have to embrace this kind of change. This is what we want. We should not look for reasons to reject it. We can’t afford to …

I don’t know if Mike, now a star again in the NFL, will stay with the program forever, but he is with it now and I am happy about it … I hope he’ll stay with it for the distance.

The decision to rehabilitate Vick’s image was based on the premise that the result would be a touchdown for Philadelphia’s dogs. For their sake, maybe it’s time Pacelle punted.