Regarding Those 11 Million HSUS 'Supporters' ... - HumaneWatch 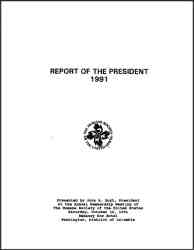 HSUS often claims that it “backed by” 11 million “supporters.” That's one out of every 28 Americans.

Clearly, it’s an important talking point for HSUS, but we’ve always suspected that it's a huge exaggeration. Let’s do a little math and see.

HSUS’s 2008 annual report claims 11,093,835 “members and constituents.” What are the requirements for becoming an HSUS "member"? What's a "constituent"? HSUS notes online FAQ that anyone can become a member simply by donating $10. Looking at its 2008 tax return, HSUS pulled in about $86 million in contributions and grants. So the going rate of $10 per “member” indicates HSUS could not possibly have had more than 8.6 million members in 2008, assuming every donor threw in no more than ten bucks during the whole year (which is ridiculously unrealistic).

Writing in HSUS's 1991 Report of the President (see page 3), then-HSUS president John Hoyt distinguished between “voting members” and “persons who in one way or another are directly associated with The HSUS” (which would seem to include the janitor, but we digress…):

I am happy to report that during this past year our voting membership has increased from 397,385 to 458,378 persons. During that same period the total number of persons who in one way or another are directly associated with The HSUS has grown from 1,183,425 to 1,455,385.

The latter figure, as you might expect, is much higher. (Guess which number HSUS used in its 1992 calendar?)

So how does one become a voting member of HSUS? By giving more money than the minimum membership ante, that's for sure.

HSUS’s 2008 tax return states: “Individuals who contribute $25 or more annually are ‘voting members’ of the Society.” HSUS also says that giving $25 in a year entitles you to a magazine subscription to the bi-monthly All Animals.

So HSUS's magazine readership is a more accurate count of its real "active" membership—that is, the number of people who gave money in the most recent year. It may be possible that 11 million different people have contributed $10 or more to HSUS at some point in history. But if that's the measuring stick, it probably includes millions of dead people.

Back to the magazine. How many people get it? Again, in its 2008 tax return (isn't it neat to have this at your fingertips?) HSUS writes that All Animals is sent to 420,000 members.

Why would they do this? (Hint: HSUS is based in Washington, DC.)

The Humane Society of the United States routinely flexes its political muscle by claiming to represent more than 20,000 “members” in every Congressional district. If you’re a Congressman, especially in a swing district, that’s a pretty imposing number. But if HSUS really only has 420,000 active members, there would be fewer than 1,000 per Congressional district.

Doesn’t quite have the same ring, does it?

Everyone in Washington wants to wield more power than the next guy. But politicos ought to take a hard look at these numbers. The average population of a district after the 2000 census was 646,952. We bet we could find more than 800 hunters in every Congressional district in America. And circus fans. And people whose children drink milk every day. And folks who like to barbecue a little animal flesh in their backyards.

So how 'bout it, HSUS? We can see from the server logs that quite a few people in your office are reading this. Can you explain how you define your “constituency”? Your “backers”? Your “supporters”? We'd bet our own mothers are in that group somewhere, but she—like millions of other well-meaning suckers—has an acute case of buyer's remorse.