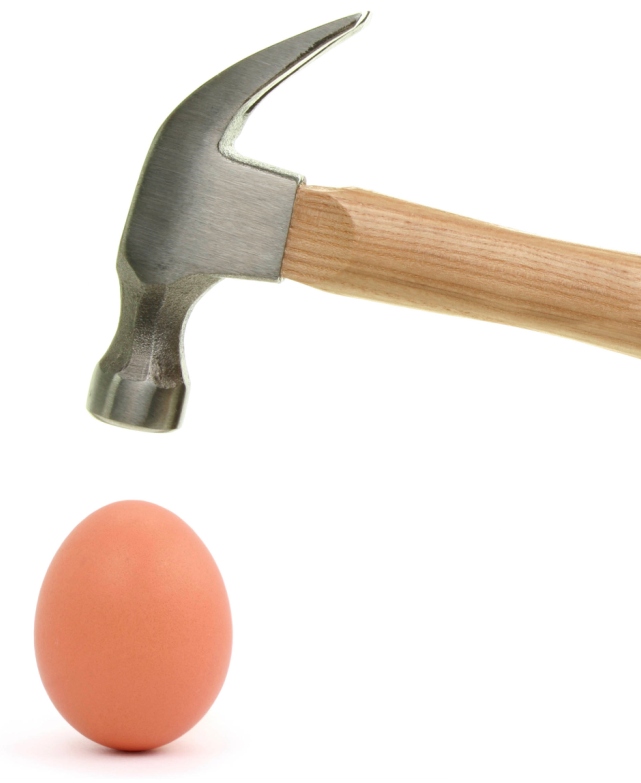 Recently we posted a not-so-flattering piece about a major public relations flop in Indiana. HSUS CEO Wayne Pacelle showed up to a press conference to push federal legislation that would create mandates on how egg-laying hens are housed on farms, namely by banning the most commonly used forms. We say flop because while Pacelle showed up, almost no one else did.

The egg legislation is also backed by a previous HSUS adversary, the United Egg Producers, a trade group allegedly representing most egg farms. We got an angry website comment from UEP Senior Vice President Chad Gregory taking exception to our article. Apparently it was the UEP that organized the press conference, not HSUS. The clarification fits in the category of a "distinction without a difference."

If you’re reading this and not involved in agriculture, why should you care about this lobbying and PR jockeying? Because your choices at the supermarket are being taken away, and if Europe is any guide, things could get quite rocky, especially for families on a budget.

Consider the complete about-face for UEP from just a few years ago. Back in 2007, Gene Gregory, UEP head and Chad’s father, said that “We believe in consumer choice and will meet the market demand but we do not believe these choices should be taken away by animal activists’ agendas.”

Sounds like a great philosophy to us—let consumers choose whether to buy cage or cage-free or free-range eggs and let production shift accordingly—but UEP has now abandoned that position to, in fact, do what it explicitly opposed: let animal activists’ agendas take away choices.

The UEP was not in an easy position, by any means. The group lost the HSUS-led 2008 “Prop 2” battle in California that would bankrupt farmers. (A Promar International study found that Prop 2 would “put most of the California egg farmers and industry out of business”—a loss of 3,400 jobs.) HSUS also targeted egg farms with misleading undercover videos and, ironically, even went to court to attack the UEP’s certification program—which was designed to give hens more space—as a price-fixing scheme.

But a battle is not the war. The UEP could have fought on, but chose instead to try to cut a deal with its adversary. That could be a good choice—except when your adversary wants you extinct. As Winston Churchill said, “An appeaser is one who feeds a crocodile, hoping it will eat him last.”

Despite this joining of hands (or submission to a hostage-taker, depending on your point of view), the HSUS/UEP bill has basically gone nowhere, and has even sparked a backlash proposal from Iowa Rep. Steve King that would roll back some or all of HSUS’s anti-egg gains in California. (We have to wonder if the UEP secretly hopes this will pass.)

Groups from other agricultural industries have opposed the egg bill—successfully, so far—but the UEP wants them to butt out. The problem with this logic is when you push for passage of a supposedly pro-agriculture law by having a bunch of anti-agriculture folks like former PETA VP Bruce Friedrich ("blowing things up and smashing windows…is a great way to bring about animal liberation") or HSUS CEO Wayne Pacelle ("I don't want to see another cat or dog born") to your side, other farmers are going to be skeptical. The company you keep, and all that. And it doesn’t help the UEP’s credibility that Gregory the Younger recently filmed an awkward YouTube kumbaya with Wayne Pacelle (which has a whopping 196 views as of this writing).

Pacelle and HSUS are not honest partners for farmers in any industry. There is no egg produced anywhere under any system that he will eat or that HSUS will serve. After Pacelle took over in 2004, he banned animal products from being served at HSUS events, writing in an email:

In our workplace, it is my belief that we should strive to observe the highest ethical standards when it comes to our consumption practices; we need to be a model for change in the larger society.

I also believe that HSUS dollars should not contribute to any animal suffering. People support The HSUS to help animals. As such, our policy is to see that all HSUS events, functions, or gatherings where food is made available – from small catered lunches in our offices to gala events such as the Genesis Awards – are vegan.

Get that? He forced HSUS events to be vegan in order to “be a model for change in the larger society” and because “HSUS dollars should not contribute to any animal suffering.”

In other words, “omelets = animal cruelty” in the strange fiefdom of Wayne Pacelle. And this is the guy the UEP wants as a partner for its future?

It’s not too late for the UEP to formulate a new plan. Steve King’s proposal offers a glimmer of hope for egg farmers in California. But one thing’s for sure: Putting animal agriculture in the hands of the PETA sycophants  at HSUS isn’t a sustainable strategy. But the UEP already knew that a long time ago.