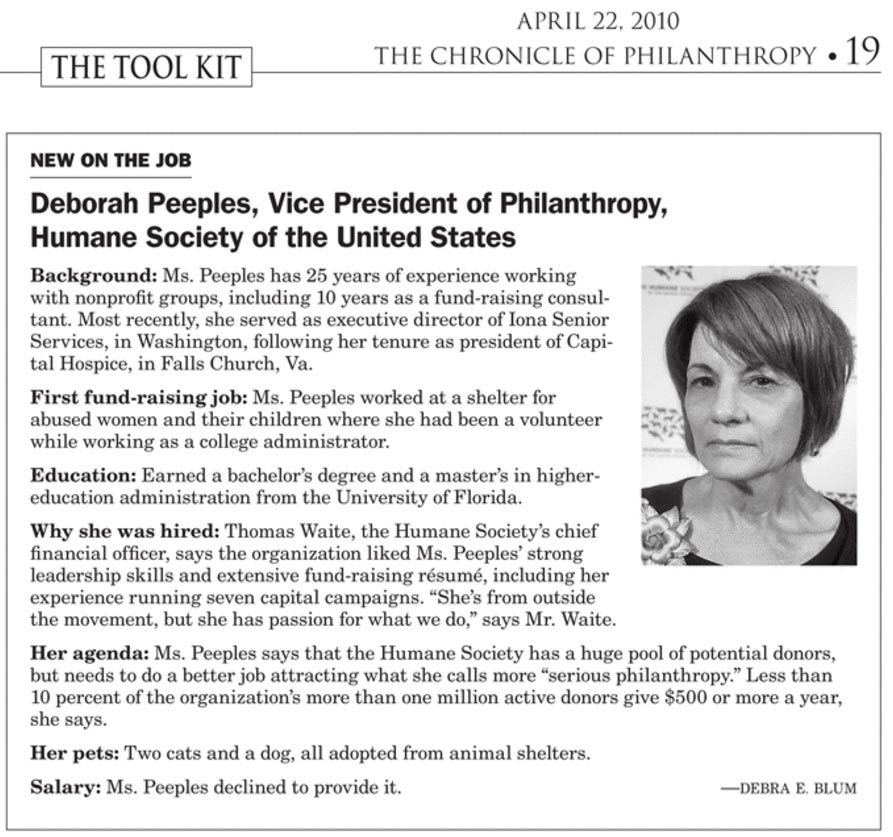 If nothing else, this is confirmation that HSUS doesn't have 11 million supporters (at least not all in the same year).

We think it's safe to assume that "more than one million active donors" means somewhere between 1.0 million and 1.1 million. (Otherwise, they would have said "more than 1.1 million.) While this is the biggest real number we've seen, it's still less than one-tenth of the number HSUS throws around to boost its political clout.