Today we’re announcing a new campaign for pets: “We Are the 99%.” The goal of our “We Are the 99%” campaign is simple: To promote local shelters, and to clear up the humane confusion that exists.

Up to 8 million dogs and cats enter shelters every year. The Humane Society of the United States claims to provide “direct care” to about 100,000 animals a year. Tossing out wildlife from HSUS's assertion, that means about 99 percent of pets entering shelters don’t receive any care from HSUS every year. 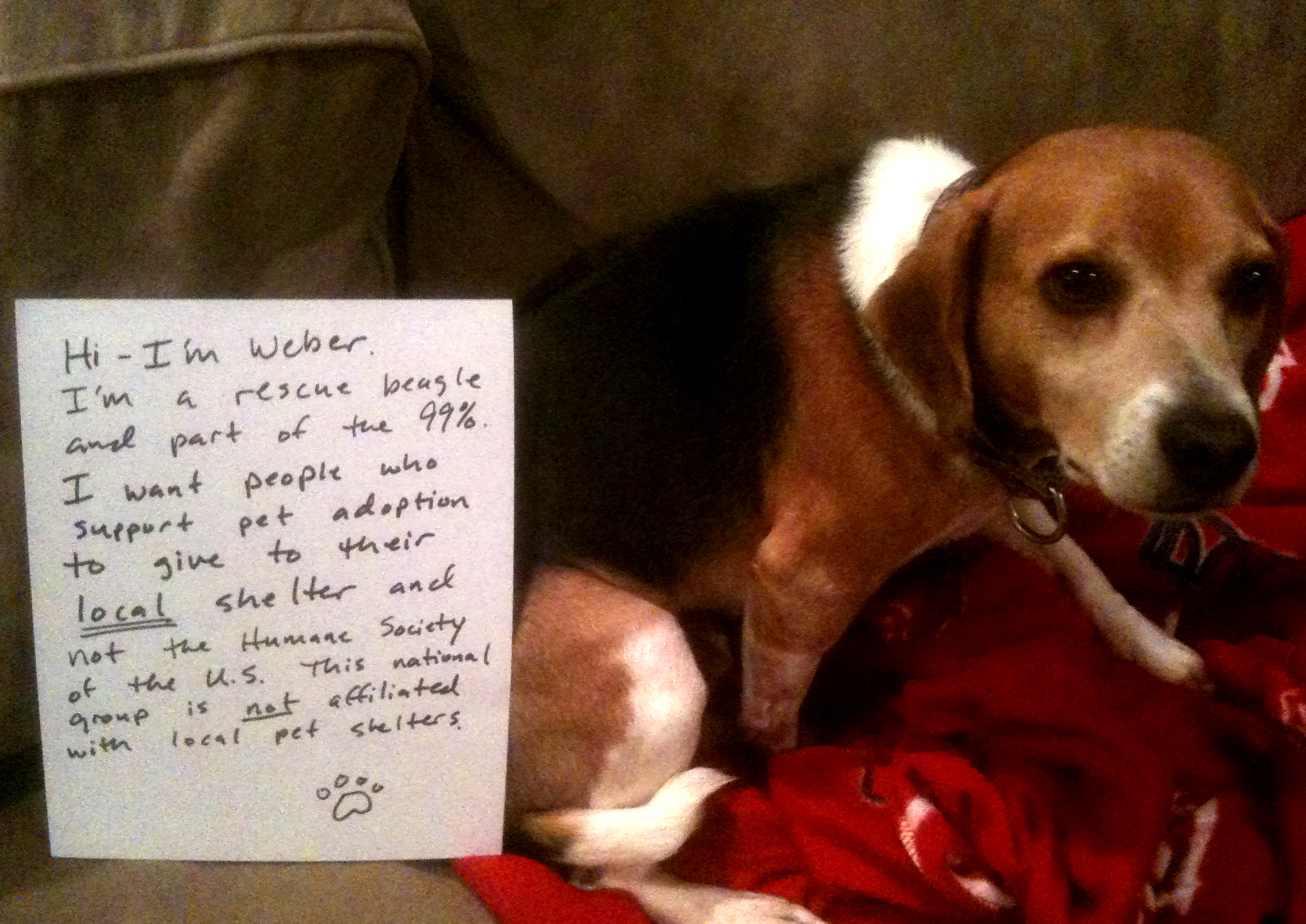 Additionally, more than 99 percent of HSUS’s $126 million budget goes to fund things other than grants to support sheltering. We’d wager that most shelters (but not 99 percent) never see a dime of the many doggie dollars that HSUS hauls in each year.

Instead, local humane societies, rescue groups, and others do the vast majority of the work caring for shelter pets. And in this economy, pet shelters are struggling—while HSUS hauls (and hoards) cash.

We’re emulating the style of the “We Are the 99%” campaign (which should not be construed as an endorsement of it). Here’s what you can do:

We’ve posted an example (above and below, click to enlarge) of two of our pets to serve as a starting point. 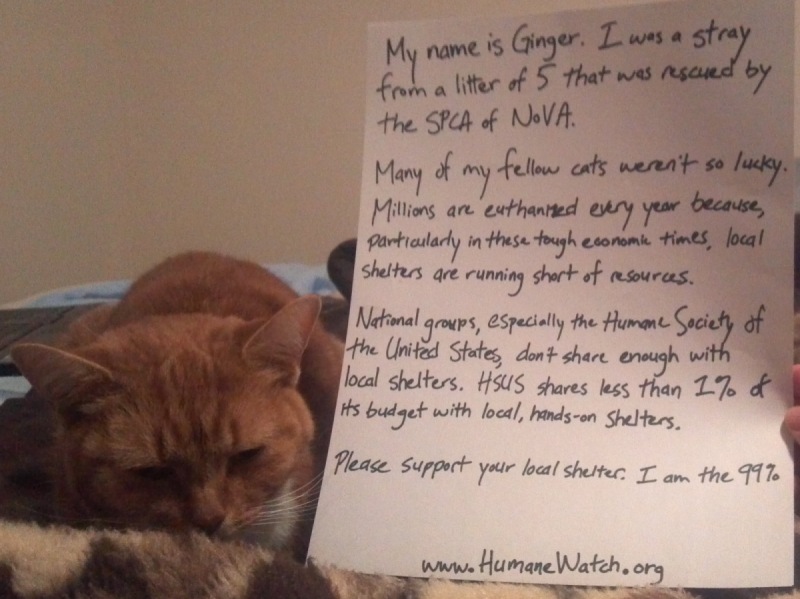 (In case you’re wondering: No, we don’t encourage anyone to “Occupy HSUS.”)

HSUS claims that it is “the nation's leading advocate for animal shelters.” But don’t let the national animal-rights lobby pretend it can “speak for” your pet. The actual biggest advocate of shelters and shelter pets is you.