Cali. University to HSUS: Enough with the PETA Propaganda - HumaneWatch 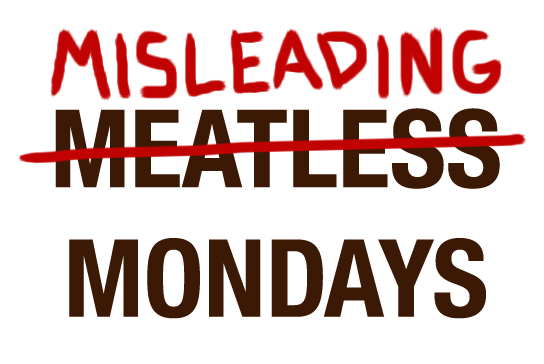 Since just 1 percent of the money the Humane Society of the U.S. raises is sent to pet shelters, people often ask us where the money does go. It goes to pay lobbyists and lawyers, to fund a wealthy pension plan, and to bankroll fundraising mills. It also goes to PETA-like anti-agriculture propaganda. One such campaign is Meatless Monday. Granted, HSUS wants meatless Monday through Sunday, but it will take anything that moves the goalposts in that direction bit by bit.

Last week, HSUS put out a press release claiming that California State University, Chico, was joining the ranks of schools using the Meatless Monday program. But students and alumni of Chico—which has a significant agriculture program—quickly revolted at the idea of their school becoming a pawn in the HSUS’s anti-meat crusade, and the school was quick to react.

While we fully support offering students plenty of options on the menu, including vegetarian, we object to the use of a political tactic like “meatless Monday,” used by HSUS to advance its anti-agriculture agenda, which is the opposite of what we teach students every day about land stewardship, humane animal handling, and the importance of a healthy, balanced diet.

Meanwhile, the University had this to say:

To respond to a number of posts on our site: A news release from the Humane Society of the United States about Chico State joining the “Meatless Mondays” program was inaccurate – this was an action taken by the Associated Students’ Dining Services, not the University. The AS has asked the HSUS to take the news release down, and the AS is currently reevaluating the decision to join the program. To be clear, what AS Dining Services has been planning for the Sutter Hall dining facility is 1 of 5 food stations offering vegetarian options on Mondays. The other stations all serve meat on Monday.

Last but not least, the dining services’ Director of Business and Finance added, “We were co-opted into this movement, and that was not our intent.”

It seems clear to us that HSUS is so obsessed with veganism and attacking meat that it will use just about any pretext for pushing the “meat-free” narrative, even when it’s totally false. Chico’s dining services was apparently always going to still offer meat on Mondays, but simply increase the number of vegetarian options on that day. Nothing wrong with offering more options, but there is something wrong with HSUS making it into something to fit its agenda of taking away options.

While the hacks over at “This Dish is Veg” still haven’t apparently gotten the memo, HSUS has. The press release is no longer on HSUS’s website, and its PETA-esque activists now have fake egg on their faces.