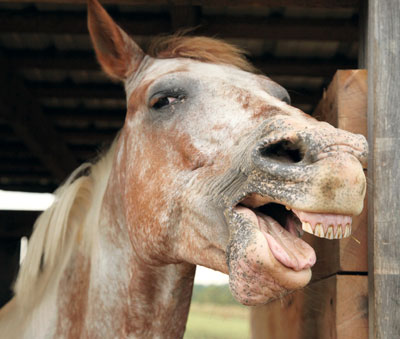 Out of the seemingly endless stream of self-promotional press releases to shoot out of HSUS’s media department last week, one caught our eye in particular.

HSUS announced that its Oregon-based Duchess Sanctuary for horses had received accreditation from a group called the Global Federation of Animal Sanctuaries (GFAS).

That sounded just dandy—until we took a closer look at GFAS.

Here are just some of the overlaps between GFAS and HSUS:

When three out of your seven Board members (and your Executive Director, and an international bigwig) have close ties to the same outside organization, the seeds are already sown for a conflict of interest. And as with the HSUS-run “National Federation of Humane Societies,” GFAS appears to be a front group with more HSUS influence than is healthy.

People instinctively frown when a governor appoints his own daughter to a U.S. Senate seat. If former Enron executives were seated on the Public Company Accounting Oversight Board, Americans would be understandably outraged. And every time HSUS thinks it can snooker the public by "earning" accolades from groups run by its own insiders, we'll be sure to call them out.