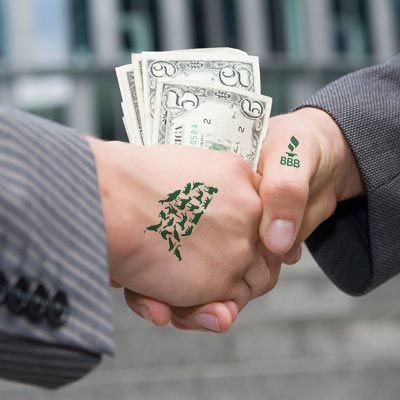 By any measure, the Humane Society of the United States has a heap of trouble with charity watchdogs. And things are getting worse, not better.

In April, Charity Navigator downgraded HSUS’s overall rating, giving it an embarrassing one-star grade for organizational efficiency. In August, the American Institute of Philanthropy demoted HSUS from a “C-minus” grade to a flat “D,” citing its estimate that HSUS uses as much as 49 percent of its income on fundraising costs. And this month Animal People News, the inside-the-animal-rights-movement newspaper, calculated that half of HSUS’s budget is spent on overhead costs instead of programs.

That’s bad. Really bad. So how does HSUS react when independent charity evaluators start calling a spade a spade? In October, HSUS CEO Wayne Pacelle made his last stand with the Better Business Bureau, the only major charity-rating service that still gives the animal rights group high marks:

“The HSUS does very well indeed,” Pacelle’s ghost-writer claimed on his blog, “with 76 percent of all funds going to programs (the Better Business Bureau standard is 65 percent).”

True enough, that’s the BBB’s benchmark. But HSUS doesn’t actually meet it. Both the American Institute of Philanthropy and Animal People News blow Pacelle’s “76 percent” claim out of the water.

And the Better Business Bureau’s ratings aren’t exactly objective. In fact, they can be bought.

Last month ABC News eviscerated the BBB’s business-rating system, finding that nonexistent businesses (including one named after Hamas) received stellar BBB ratings after paying a $425 fee with a credit card. It’s a hard-hitting exposé that Wayne Pacelle should probably watch.

How could a "good" charity actually be something else? Animal People News explains that less-than-honest charities often use creative accounting rules to classify fundraising expenses as “educational” or “program” costs. So a group that spends half its money on overhead can magically appear to be burning through less than half that percentage.

While the BBB is fighting for its credibility, we should understand that its 20 criteria for rating charities really aren’t all that tough. (You can view the list here.)  The BBB checks to see if an organization puts its tax return on its website and lists its mailing address; if its Board of Directors isn’t full of conflicts of interest; and whether it publishes a complete Annual Report. These requirements are about as challenging as asking a college applicant if he can spell his own name.

The BBB uncritically accepts HSUS’s “76 percent” program-spending figure at face value—something a real watchdog would never do. If HSUS is, as we suspect, trying to game the system, we have to wonder if the group paid its $425 to the BBB like so many other organizations.

We’re also curious: Did HSUS book that expense to “programs,” “education,” or “fundraising”?