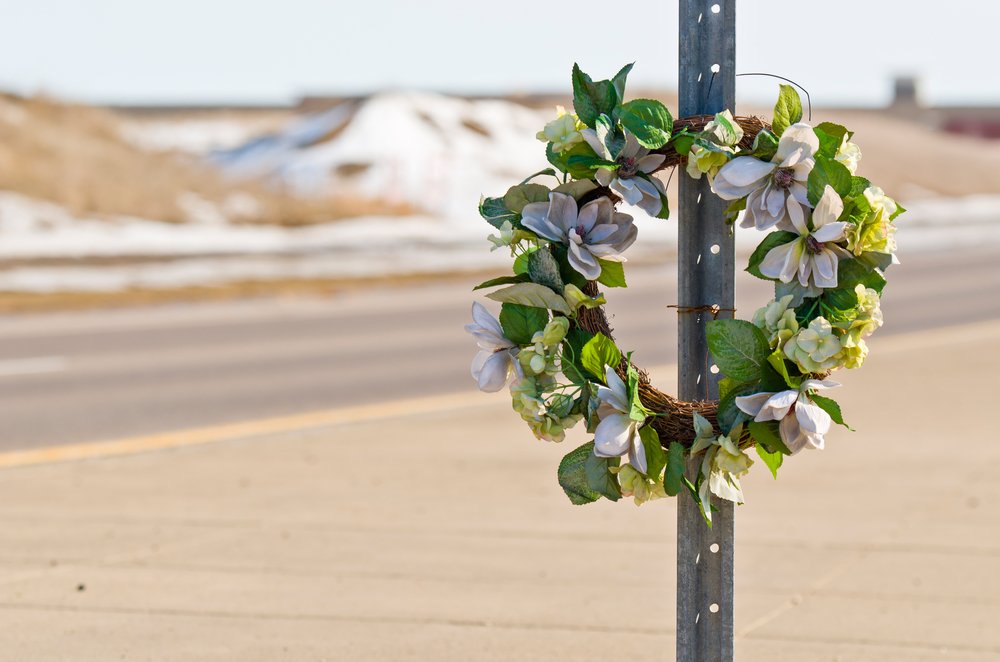 Update: Readers tell us that Rep. Bradford is now educated about HSUS, and will find a different organization to be a beneficiary.

HSUS’s pals at PETA put out a few press releases every year calling for roadside memorials to animals killed in accidents. Now, a roadside memorial bill in North Carolina would result in cash to HSUS.

Meet House Bill 1066. The bill has nothing to do with animals. Rather it would establish a program to develop roadside memorials for people killed in automobile accidents.

Under the law, family members of the deceased would apply for a memorial. If accepted, the grieving family would pay five-hundred dollars for the memorial. No problem so far. But here’s the troubling part:

“Any fees remaining after covering the costs specified in this section shall be transferred on a quarterly basis to The Humane Society of the United States to be used to cover costs associated with rescuing animals in North Carolina”.

The bill states HSUS must use the money to “cover costs associated with rescuing animals in North Carolina.” HSUS only gives between $30,000 and $45,000 to pet shelters in North Carolina, according to its most recent tax return (2014). Yet HSUS holds over $250 million in total assets, and sent $55 million to Caribbean accounts that year. That’s to say nothing of the millions HSUS paid to settle a racketeering lawsuit.

From HSUS’s (unscrupulous) perspective, it’s a perfect play: Indefinite, free fundraising from people who can’t choose to donate anywhere else, such as local shelters that actually help animals.

There are plenty of other organizations that could use—and deserve—the money better than HSUS.

We’re guessing that, like a lot of people, the bill’s sponsor, Rep. John Bradford III, thought HSUS was a legitimate organization. For those wishing to educate him about HSUS, his email is [email protected].