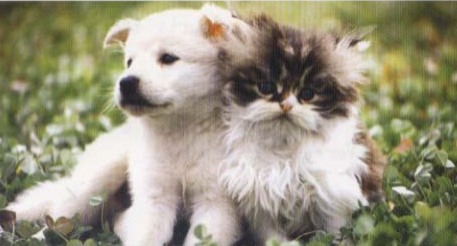 f you haven’t read our report (PDF) on the Humane Society of the United States’ deceptive TV fundraising appeals, it’s worth your time. Here’s our major discovery: More than 85 percent of the animals in HSUS’s TV ads are dogs and cats, and yet HSUS gives just 1 percent of the money it raises to pet shelters.

That’s about as deceptive as it gets, and it’s no surprise that we hear from HSUS donors on a regular basis who had no idea that their charitable giving wasn’t going to pet sheltering. Fortunately, many decide to give to their local shelter and stop giving to HSUS.

And that’s just TV appeals. According to its latest tax return, HSUS had almost $50 million in fundraising-related expenses. That includes piles of money spent on direct mail. So we wondered: Could its direct mail be even worse than HSUS’s TV appeals?

We were able to obtain a sample consisting of dozens of HSUS direct-mail appeals from 2003 to 2011. And they’re arguably just as awful as HSUS’s TV ads. By our rough estimate, about 80 percent of the animals mentioned are dogs and cats in these 32 appeals. Only one letter in our sample, a 2009 mailer about farming, was completely about non-companion animals. 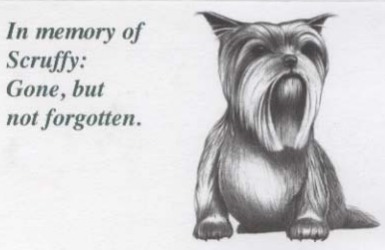 The deception is also present in the content of the letters. Take one 2005 appeal, which told the story of “Scruffy,” a Kansas dog that experienced abuse. The story is quite heart-wrenching, and the letter includes an in memoriam card dedicated to Scruffy.

But here’s the thing: The incident occurred in 1997. And the HSUS fundraising letter went out eight years later asking potential donors sign a card that would be sent to Scruffy’s owners.

Is it just us, or is that a little, you know, sleazy?

HSUS donors received plenty of doodads and tchotchkes throughout the years, too. Almost two-thirds of the appeals included some kind of junk guilt gift, such as calendars, mailing labels, stickers, pocket planners, and blankets. You can find some on eBay.

The letters are generally membership or renewal letters. That’s important, because if these letters are most (or all) of what certain donors see, these folks could easily have a skewed idea of what their money is going towards.

We recently saw dozens of complaints filed with the Federal Trade Commission from people who have given money to HSUS, so it’s potentially a big problem.

Something else to keep in mind: According to records published by various state governments, much of the money raised on HSUS’s behalf through telemarketing campaigns is in fact pocketed by the for-profit solicitation firms. Is the same true for these direct-mail campaigns? How much money is rolled right back into more direct mail?

We’re reprinting some of the more deceptive and misleading quotes below. As you’ll see, many of them use emotionally manipulative language and reference puppies and kittens, as if that’s what your donation will go towards. Our regular readers are fully aware, though, that HSUS doesn’t run any shelters and even its CEO admits only 20 percent of its efforts involve pets.

2005 renewal letter: "Perhaps your renewal will go towards purchasing a pet carrier, collars, leashes and food and water bowls…"

2006 Spring renewal: “I’m sure that you, too, are appalled and outraged when you hear about animal cruelty and the terrible things that happen to puppies, kittens, dogs, cats and other pets. But of course, that’s why you joined The HSUS in the first place!”

2007 Partner’s Circle: “Your support allows us to keep fighting on behalf of the defenseless dogs, cat, puppies, and kittens who can’t speak for themselves.”

2008 renewal: “I know that you are a person who is appalled and outraged about animal cruelty, abuse and neglect, and the terrible things that happen to puppies, kittens, dogs, cats and other pets. That’s why you joined The HSUS in the first place!”

2010 renewal: “I hope [this blanket] will serve as a reminder of the comfort and security your new membership brings to those animals in the most desperate situations. I’m talking about helpless, abused kittens, puppies, cats and dogs who need our protection—our help.”

2010 renewal: "Perhaps your renewal will go towards purchasing a pet carrier, collars, leashes and food and water bowls, and to provide immediate shelter for animals displaced [by disaster]."

2010 renewal: “Please know that The HSUS will, as good stewards of your gift, use it where it is most urgently needed and can do the most good for animals.”

2010 membership letter: “Just as alarming are reports show [sic] an estimated four million dogs, cat, puppies, and kittens are euthanized in shelters each year – that’s one pet put to sleep every eight seconds – due to a critical lack of resources.”

2010 appeal: “I know you and your family are true pet lovers. Dogs, puppies, cats, kittens – animals of all shapes and sizes bring out your soft side. That’s why you are among the proud and loyal members of The Humane Society of the United States.”

2010 appeal: “Your continued and compassionate support is helping The HSUS to…assist local shelters so that they can save lives through pet adoptions, and spay and neuter programs.”

2010 appeal: “Please say ‘yes’ to me today—before it’s too late for another little puppy or kitten who may become another victim of animal cruelty, abuse or neglect.”

2010 appeal: “So please send your best new membership gift of $8, $12, $15 or as much as you can give to protect and save precious puppies’ and kittens’ lives….Will you help me give them the comfort of our protection today through your new HSUS membership?”

2010 letter: “YOU CAN HELP US SAVE UNWANTED PUPPIES KITTENS, CATS AND DOGS FROM BECOMING GRIM STATISTICS.”