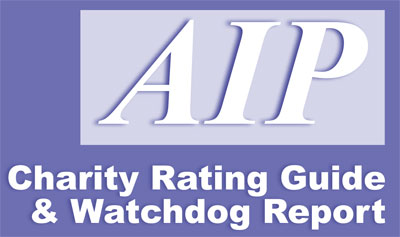 As far as charity watchdogs go, this year has not been a good one for the Humane Society of the United States. In April, the respected Charity Navigator service downgraded HSUS to just one star out of four for organization efficiency. (The group was also bumped down to three stars overall.) And in July, the American Institute of Philanthropy (AIP) changed HSUS’s overall “CharityWatch” grade from “C-minus” to “D.”

Unless the rules have changed since we were in school, that’s just one ladder-rung away from … well, failure.

These are some serious black eyes, and they’re not getting better. This week AIP issued its updated quarterly ratings, and both HSUS and the (HSUS-controlled) Fund for Animals got “D” grades. Again. The Doris Day Animal League (also controlled by HSUS) maintained its mediocre “C-plus” rating.

It’s beginning to look like HSUS will have to rely more and more on the Better Business Bureau’s “Wise Giving Alliance” for its bona fides. But the BBB only certifies whether or not a charity adheres to a list of 20 somewhat easily satisfied principles. (HSUS does, according to the organization.) It doesn’t compare organizations’ relative performance, it doesn’t offer any sort of graded evaluation, and it only works with materials submitted by charities themselves.

The BBB’s reports also carry the following advisory: “This report is not to be used for fund raising or promotional purposes.” So they’re moot for HSUS anyway.

How long will it be before HSUS starts its own charity rating service? That may be the only way the organization can emerge from the ranks of the “barely passing.” Heck, maybe the "Global Federation of Animal Shelters" (which HSUS has thoroughly infiltrated) can do it. Or perhaps the HSUS-run "National Federation of Humane Societies" will take up the cause.

HSUS can act surprised, and (of course) issue a self-congratulatory press release, when it gets an "A."