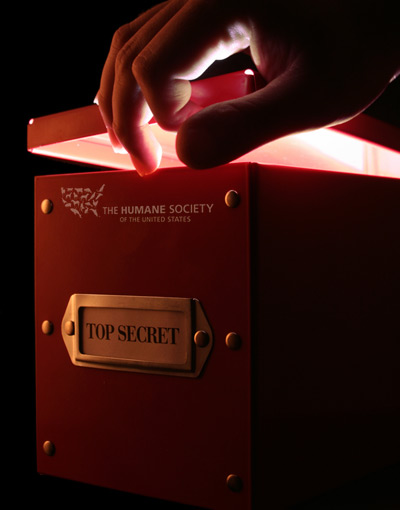 A few weeks ago we explored some of the Humane Society of the United States’s untold history—untold in its official materials, anyway. HSUS’s authorized account of its first five decades completely neglects the massive financial scandal that entangled its President, Treasurer, and several Board members in the late 1980s.

If you haven’t read our August 25 article summarizing this shameful episode, please get familiar with it before reading on. Because today we can flesh out a little more of the history that HSUS’s paid in-house historian forgot to mention.

Thanks to the kind generosity of a former HSUS board member, we made three new additions to the HumaneWatch document library this week.

The first is a letter from the California Attorney General, sent to the HSUS’s Board Chairman at the height of the self-dealing scandal that saw HSUS’s top executives pocket literally hundreds of thousands of ill-gotten dollars.

Information obtained by this office reveals that certain principals of the organization have engaged in a course of conduct that, in our opinion, is a violation of fiduciary duties owed to the charitable beneficiaries of the Humane Society of the United States (HSUS), among them citizens of this state.

We don’t know how (or if) HSUS ever responded, but we do know how some of the group’s other Board members—those not touched by the scandal—tried to keep HSUS honest. They hired a lawyer.

With the help of tax attorney Bardyl Tirana of Silverstein and Mullens (which later merged with a larger firm), the principled few on HSUS’s board went looking for a way to save HSUS from its own executives. They took their observations to the California Attorney General. And then they planned to sue HSUS’s morally compromised leaders for all the money their reckless actions had cost the organization. The tab came to $750,000.

The other two new documents in the HumaneWatch library are drafts of those legal actions, which were (as far as we can tell) never filed in court. The first one is a draft complaint naming the California AG as plaintiff. It was seen as one possible legal avenue through which HSUS could recoup financial losses incurred by its chief executives’ “breach of fiduciary duty, conflict of interest, self dealing, private inurement, unjust enrichment, misappropriation of charitable assets, and fraud.”

The second proposed lawsuit was a class-action seeking damages for HSUS leaders' "misconduct, deception, fraud, negligence, and dereliction of duty." The plaintiffs were to be HSUS’s dues-paying supporters, members of its board, and the U.S. taxpayers who were footing the bill for HSUS to retain its federal tax-exempt status.

Both of these lawsuit drafts are worth reading. Again, just to clarify, there’s no evidence that either of them was ever brought in court. History shows that a handful of HSUS Directors (those doing the investigating) were “asked” to abstain from running for re-election when their terms on the board expired. And that was the end of it.

It’s staggering to think that HSUS’s leaders—the same people who steered charitable donations into their own pockets—actually let the group’s legal situation deteriorate to the point of near-collapse. (Did they think HSUS was too big to fail?)

If it weren’t for the single board member who kept copies of these documents, they would surely have been lost to time. HSUS and its official propagandist historian, of course, have known the whole story for years. They just chose to bury it.