Spin, 140 Characters at a Time - HumaneWatch 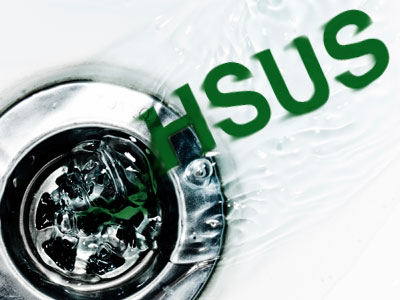 In the age of social media platforms like Facebook and Twitter, it’s easier than ever to directly interact with practically anyone and everyone. And in response to some of the charges we’ve leveled against the Humane Society of the United States, some people have taken full advantage of social media to ask HSUS a few tough questions.

(More power to them. We’re confident our research can withstand scrutiny, even from HSUS’s spin machine.)

On Monday we spotted a Twitter conversation between HSUS and someone we presume is a HumaneWatch reader. He asked HSUS about its support for Michael Vick and its lack of financial support for pet shelters. And as you might expect, the animal rights group didn’t exactly have good answers.

SprayCanSam @veganbreak ask your buddies at @HumaneSociety how much of their budget goes to hands-on shelters. The answer will disgust you. Less than 1%

SprayCanSam I wonder if the @HumaneSociety will support all the dogfighters arrested in #Philly last week. They love Mike Vick so much. [vulgar hashtag deleted  -ed]

humanesociety @SprayCanSam it's a good thing they were arrested, raising awareness = raising number of dogfighting tips

SprayCanSam @HumaneSociety if you make a killer out to be a role model, others will follow in his footsteps. #mikevick

SprayCanSam @HumaneSociety how much of your annual budget goes to hands on shelters? Just curious…

humanesociety @SprayCanSam anytime a situation such as dogfighting has a spotlight shown on it, it increases awareness which increases tips etc

humanesociety @SprayCanSam you can see our complete financial reports on our website, we've been ranked in the top 10 most fiscally responsible by Worth

SprayCanSam @HumaneSociety I've seen your records. I just wanted to hear you say "less than one percent".

humanesociety @SprayCanSam that is not an accurate figure.

SprayCanSam @HumaneSociety so what is the accurate figure?

humanesociety @SprayCanSam we don't have a separate listing for that, our campaigns and programs and rescues often support local groups

humanesociety @SprayCanSam but again, that isn't our primary purpose. our primary mission is to help animals on a national scale

If you look up “dodgy” in the dictionary, chances are you’ll see a picture of HSUS’s Twitter page. Asked why it shares a minuscule amount of its budget with pet shelters, HSUS could only reply that Worth magazine has rated HSUS as fiscally responsible.

By the way, HSUS is no longer one of Worth magazine’s Top Ten Most Fiscally Responsible Charities. It was left off of the 2011 list in favor of the Kentucky Humane Society—a group which, unlike HSUS, actually cares for dogs and cats. And in any event, nobody asked HSUS about Worth.

Similarly, HSUS replied to another Twitter inquiry about its lack of pet shelter grants by claiming it spends 70 percent of its budget on programs. This is demonstrably untrue, and really just another diversion.

It’s interesting that HSUS admits it doesn’t have “a separate listing” of pet shelter grants. Oddly enough, we’ve put one together using HSUS’s own tax returns. And it shows HSUS spends less than one percent of its millions financially supporting pet shelters. Saying that number “is not an accurate figure” might hold water if HSUS actually kept that “separate listing.” (Otherwise, how would it know?)

One of these days, a hard-hitting journalist will really scrutinize HSUS’s priorities and spending habits. And spin won’t cut it.