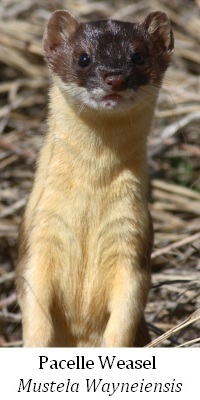 You might remember that Humane Society of the United States CEO Wayne Pacelle caused widespread outrage among mainstream animal lovers in December when he told the Atlanta Journal-Constitution that convicted dogfighting kingpin Michael Vick “would do a good job as a pet owner.”

The biggest news was that Pacelle, the tel-evangelical leader who tries so hard to put a moderate façade over the wealthy HSUS’s radical animal rights agenda, let it slip how out-of-the-mainstream he really is.  He quickly backtracked, acting as if what he really meant was that it’s “too soon” for Vick to own a pet again. But this week, he went a step further, now saying he “was misquoted.”

True or false? We contacted the Atlanta Journal-Constitution reporter and asked him if he stood by his quote.

His reply? “I did quote him saying that. We have not corrected the story nor have we had any requests to correct it.”

Apparently when Pacelle appeared on CNN and in other media in December and January to spin his defense of Vick, he didn’t realize he had been “misquoted.” Only now, five months later, is this his defense. And this isn’t the first time Pacelle has had trouble keeping his story straight.

When he was a younger (and more plainly spoken) animal rights leader running the Fund For Animals, Pacelle told the Associated Press that “if we could shut down all sport hunting in a moment, we would.” (Pacelle later merged The Fund with HSUS.)

Yet in a 2009 interview with AgriTalk Radio, Pacelle denied ever saying it:

I didn't say that. I didn't say that … Stuff kicks around the Internet and they have been quoting stuff since the 1980s and early 1990s. There has been so much fabrication out there.

Similarly, during Pacelle’s book tour for his new book, Northern California-based KQED Radio asked him about his comments in a 1994 book. At the time, he said “I don’t have a hands-on fondness for animals.” (Fast-forward to 14:50 to listen.)

In response, Pacelle kicked his bob-and-weave act into high gear:

You know, there’s all sorts of stuff circulating on the Internet that I don’t care about animals, that I don’t love animals, you know, [that] we should be giving all our money to shelters…

Uh-huh. You can find a copy of the book’s relevant passage here. (And yes, HSUS should certainly be giving more than 0.8 percent of its millions to hands-on pet shelters.)

Maybe “past Wayne” and “present Wayne” are two alter-egos like Dr. Jekyll and Mr. Hyde. Or maybe Pacelle never expects a normally fawning mass-media to ask him a single tough question.

The next reporter to interview Wayne Pacelle might want to bring a fire extinguisher, just in case his pants literally burst into flames. The faster journalists realize that he’s full of more tofu bologna than HSUS’s office fridge, the better off America’s millions of homeless animals will be.