Who Cares Most for Animals? (Part Deux) - HumaneWatch 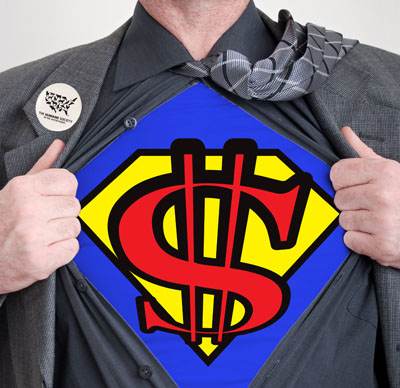 HSUS seems to think it’s the Superman of animal welfare groups. On the one hand, it will defend its excessive spending on lobbying and snubbing of pet shelters by arguing that legislation is needed. But recently, we’ve also seen HSUS make bold claims about the amount of “direct care” that it provides to animals.

In 2010, HSUS claims it provided direct care for nearly 100,000 animals. And HSUS appears to be on track to go well below that figure for 2011: HSUS’s professional fundraising firm is now telling potential givers that so far in 2011 (the script is dated Oct 17) HSUS has rescued 5,400 animals and provided veterinary care for “nearly 19,000” animals.

We took a look around to see how HSUS matches up with local, hands-on groups. (HSUS already falls well below the other major national group, ASPCA, which claims to provide life-saving care to 150,000 animals.) We found that HSUS’s record leaves a lot to be desired. And HSUS’s claim to care for more animals than any other group doesn’t pass the sniff test.

For one, the Michigan Humane Society says it cares for more than 100,000 animals every year—and its budget is $13.2 million. That’s about one-tenth of HSUS’s budget, and yet it cares for just as many animals (or slightly more).

The Houston SPCA is even better. That group says it provides services for more than 100,000 animals—but its annual budget is just $6.8 million.

And the Marin Humane Society rescues 150,000 animals a year through a shelter partner program, on a budget of just $6 million.

Here’s what it boils down to: HSUS could be caring for many more animals given the size of its budget. Instead, it’s happy to make the apparently bogus claim that it provides direct care for more animals than any other organization in the US.

That should really tell you the biggest difference between HSUS and local shelters: HSUS talks the talk to raise money, but hands-on shelters spend their time walking the walk. Up to 8 million dogs and cats enter shelters every year, and HSUS provides some form of care to about 1 percent of them. So if you want to help dogs and cats, give local.