Sittin' on a Two-Legged Stool - HumaneWatch 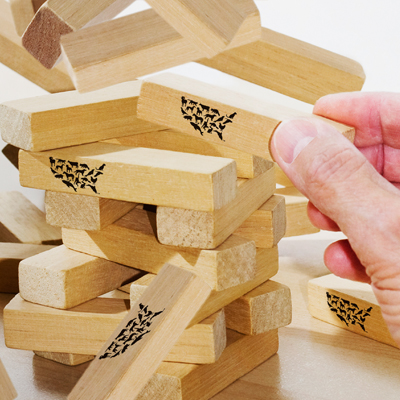 What’s one way you can be sure that HumaneWatch is having an impact in educating the public about the deception of the “Humane Society” of the United States? HSUS CEO Wayne Pacelle just can’t seem to stop attacking us.

On his blog yesterday, Pacelle badmouths us for about 600 words. Don’t feel bad for us—sticks and stones, and all. It’s actually a good opportunity to show how thin the spin—and skin—is at HSUS.

What apparently set Pacelle off is a column penned by our executive director that appeared in The Daily Caller on Monday. In the piece, he details how the respected independent charity watchdog American Institute of Philanthropy recently gave HSUS (and other radical groups) poor marks based on how inefficiently they utilize donor money. HSUS got a “D” grade because AIP found that it spends as little as 49 percent of its budget on actual programs. The remainder goes toward HSUS’s massive pension plan, exorbitant fundraising costs, and so on. (And, of course, its actual program spending snubs pet shelters.)

Pacelle’s weak retort is that HSUS receives “high ratings from the best and most prominent watchdog groups in the sector, including Philanthropedia, the Better Business Bureau Wise Giving Alliance, Great Nonprofits, and Charity Navigator.”

Is that the best he’s got? Let’s take a look at how frail it is.

Philanthropedia: This is nothing more than a subjective popularity contest influenced by animal rights activists. Not a credible measure.

BBB: The BBB’s 20-point checklist is very basic, so it doesn’t mean much that HSUS passes. However, it’s embarrassing that HSUS’s international arm, Humane Society International, currently fails to meet these 20 standards. Since Pacelle is a board member of HSI, he shouldn’t be so fast to crow about BBB ratings.

Great Nonprofits: Partnered with Charity Navigator, Great Nonprofits accepts user-generated reviews of charities. That’s not an objective measure—but regardless, HSUS doesn’t even get 3 out of 5 stars. We’ll also point out that the current top-of-the-stack review at Great Nonprofits is a 1-star rating of HSUS. We’d like to thank Pacelle for sending his readers to see this nice review.

Maybe Pacelle is so huffy because somebody dares to point out that the emperor has no clothes. We’re not worried, though—people are catching on. Our executive director’s column was the most read and most emailed piece at The Daily Caller on Monday morning. (The Daily Caller, by the way, gets 3.1 million hits a month.)

Feel free to read it for yourself and see what Pacelle is so upset about. We’ve got a lot more in store where that came from.