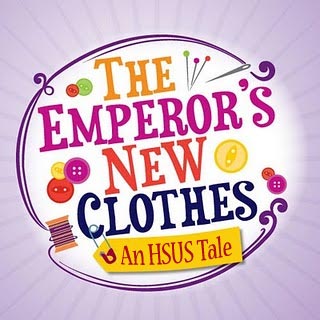 We give Wayne his props for showing up, despite the intense dislike so many Ohio farmers have for him. But we can’t offer much of anything in the way of positive words for his performance. You can listen to the whole hour-long show by clicking here, but there were two things in particular that we thought were worth excerpting.

If you’re a regular HumaneWatch reader, you know that we’ve complained consistently about how HSUS pretends to represent far more people than it actually does. (Click here, here, here, here, and here to get up to speed.)

The bottom line is that HSUS’s own tax return suggests that its true membership is likely no more than 450,000, a number that would also jive with HSUS’s Facebook audience. Even Pacelle himself wrote this year that HSUS had “1,200,000” members. But get him or his protégé Paul Shapiro on an open mic, and they’re likely to claim they represent “11 million” people.

Here’s Pacelle, just moments into his interview, setting up HSUS’s inflated legitimacy with a claim of “11 million members and active supporters”:

We hate to sound like a broken record, but there’s simply no way this can be true. Pacelle should start using more plausible numbers if he wants people to believe the rest of what he says.

This leads us to the second remarkable thing in Wayne Pacelle’s on-air repertoire. Asked to talk about the difference between animal welfare and animal rights, Pacelle said that he “Can’t think of any time we’ve called ourselves an animal rights group”:

Maybe he can’t, but we can.

It’s times like this when it’s really handy to have the HumaneWatch document library around. Back in April we wrote about an attorney named Peter Lovenheim, who led HSUS’s legal efforts in the 1980s. After HSUS’s 1980 Annual Meeting, Lovenheim summarized the group’s formal positions in an essay later published by Vegetarian Times.

Gathered in national convention in San Francisco in 1980, the membership of the Humane Society of the U.S. formally recognized that:

The Convention resolved to:

…pursue on all fronts … the clear articulation and establishment of the rights of all animals … within the full range of American life and culture.

When Pacelle said he couldn’t “think of any time we’ve called ourselves an animal rights group,” maybe he was only talking about the years during which he was the CEO. It goes without saying that Pacelle is too smart to actually use the phrase “animal rights” in describing what he’s up to. With Pacelle, it’s “animal protection.”

When HSUS took over the Association of Veterinarians for Animal Rights, it quickly re-branded the organization with a new name. And in 2005, HSUS started its own annual convention after its leadership became disaffected with the Animal Rights National Conference. (Too “on the nose”?)

It sure looks to us like Wayne Pacelle is hoping no one will remember that HSUS has officially been an animal rights group for the last 30 years. If the organization ever retracted its resolution to pursue “the clear articulation and establishment of the rights of all animals,” we’d sure like to know about it. And if Pacelle can actually produce a list of 11 million HSUS members, we’ll eat our hats.