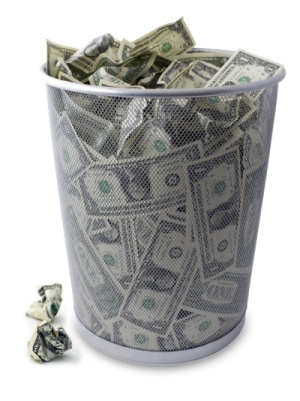 DeGraw and Caillat are currently selling tickets for their upcoming tour through the website TicketsForCharity.com. For every ticket sold, $2.50 will automatically be donated to HSUS. That may not seem like much at first, but there are 30 tour events and presumably each venue can hold at least several thousand people.

They’re not as “sleazy” as a certain other HSUS supporter who’s also in the music business. While we have no doubt they mean well, they’re still making a mistake. Loads of money given to HSUS goes to to simply raise more money as part of a vicious, factory-fundraising cycle. Very little of the money HSUS raises actually trickles down to pet shelters.

And TicketsForCharity.com notes, “To maintain their relationship with the customer/donor, most of our partner charities also choose to send a donation acknowledgement letter to the donor after the event has occurred.” In other words, concert goers could soon find themselves on HSUS’s junk-mail list in short order, receiving deceptive letters or trashy doodads and tchotchkes. How nice.

If you have Twitter, you can tweet @ColbieCaillet and @GavinMcGraw. In the meantime, sign our petition below to send a message to these two music artists. We’ll be sure they and their PR handlers understand that siding with HSUS isn’t a brand-improving affair.

We’re disappointed that proceeds from your ticket sales are going to the Humane Society of the United States. Despite its name, HSUS isn’t affiliated with America’s many local humane society pet shelters and gives few resources to support pet shelters’ life-saving efforts. According to its tax returns, just 1 percent of the money given to HSUS trickles down to local shelters.

In fact, a recent poll discovered that 90 percent of HSUS’s own donors don’t know that HSUS gives just 1 percent of its budget to pet shelters. Nearly half were less likely to support HSUS when armed with this knowledge, and 80 percent subsequently thought that HSUS’s advertising was deceptive.

HSUS is facing a racketeering lawsuit, multiple calls for federal investigations (including one from six sitting Congressmen), and a growing public backlash as people realize what a scam this so-called “Humane Society” really is. Recently, more than 150 complaints were filed with the Federal Trade Commission regarding HSUS and its deceptive advertising.

America’s humane societies have widespread support. Unfortunately, HSUS is not one of them, but a pretender, using the images of downtrodden dogs and cats in its ads when it provides little direct care to these animals. Please reconsider your support of HSUS and find a local, hands-on shelter to support instead.